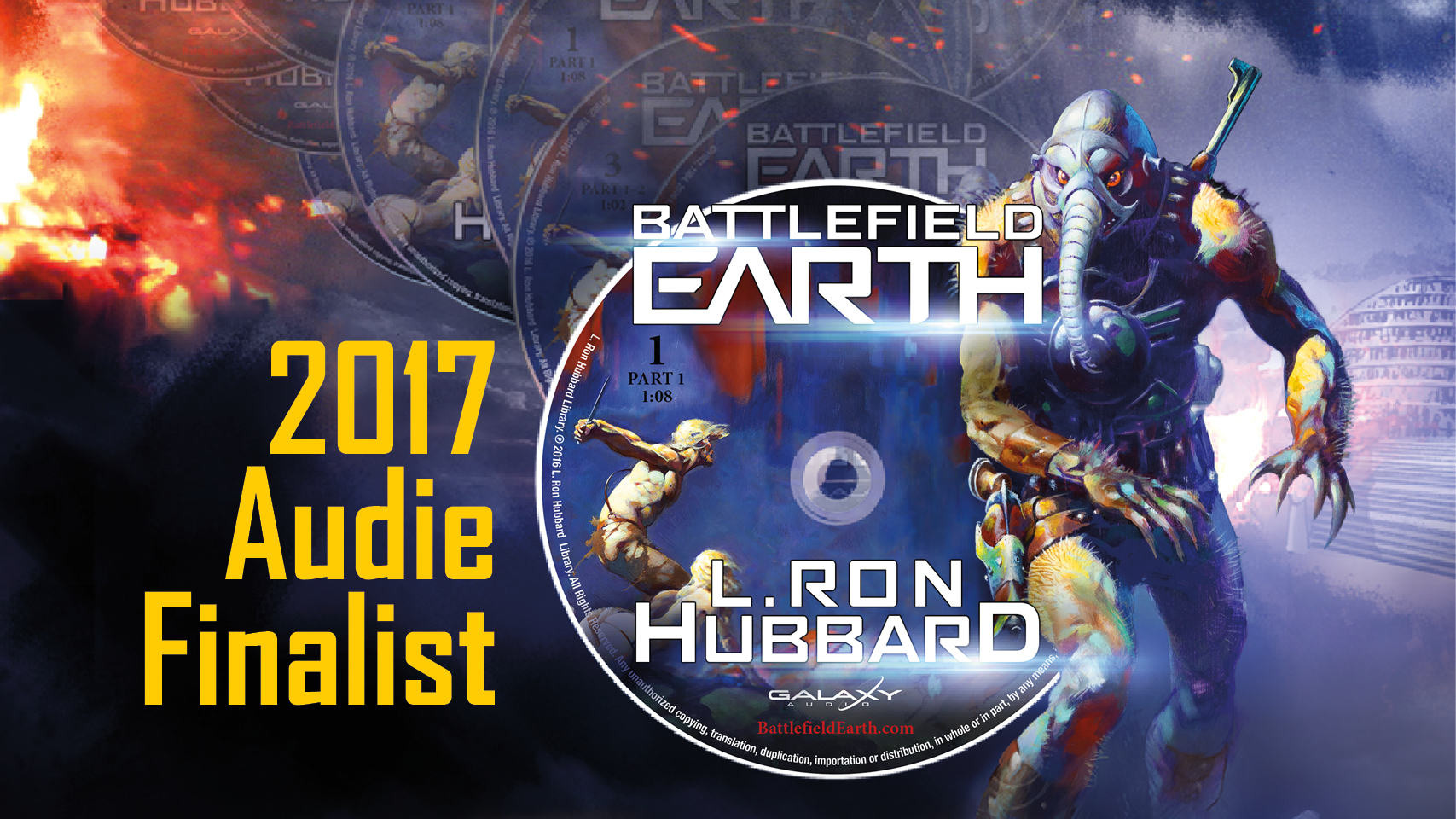 Following a successful release in 2016, the unabridged multicast audiobook for L. Ron Hubbard’s bestselling novel, Battlefield Earth has been nominated for two Audie Awards, the premiere competition for the audiobook industry. The nominations were announced by the Audio Publishers Association.

Each year the APA honors the best titles in audio publishing. The awards ceremony for 2017, the Twenty-Second Annual Audies Gala, will be held at the French Institute Alliance Francaise (FIAF) on Thursday June 1st. Awards will be given in twenty-seven categories including Audiobook of the Year.

The Competition: The Audies awards competition is the only awards program in the United States devoted entirely to recognizing distinction in audiobooks and spoken word entertainment. The committee administers and ensures the integrity of the competition, coordinating the work of over 200 dedicated judges.

Hailed by one fan as a “game changer for the audiobook industry,” while another stated that it “completely ruins all other audiobooks.” Publishers Weekly proclaimed it an “Action-packed blockbuster of an audio production” and AudioFile Magazine called it “A vivid movie of the mind.”

“A lot of work by hundreds of people went into this production and we had some of the best names in audiobooks on this project. The story by L. Ron Hubbard is what really makes this audiobook so great, combined with all the amazing talent and team that put it all together,” said John Goodwin, President and publisher of Galaxy Press.

Upon its release last year, the Battlefield Earth audiobook hit the #1 spot for audiobooks in US, received an Earphones Award and was included in AudioFile Magazine’s Best Audiobooks of 2016 for science fiction.

Get more information on “Battlefield Earth” and L. Ron Hubbard at http://www.BattlefieldEarth.com and http://www.GalaxyPress.com and follow @BE_The_Book on Twitter.

“Battlefield Earth” by L. Ron Hubbard Selected as a Medalist in Benjamin...