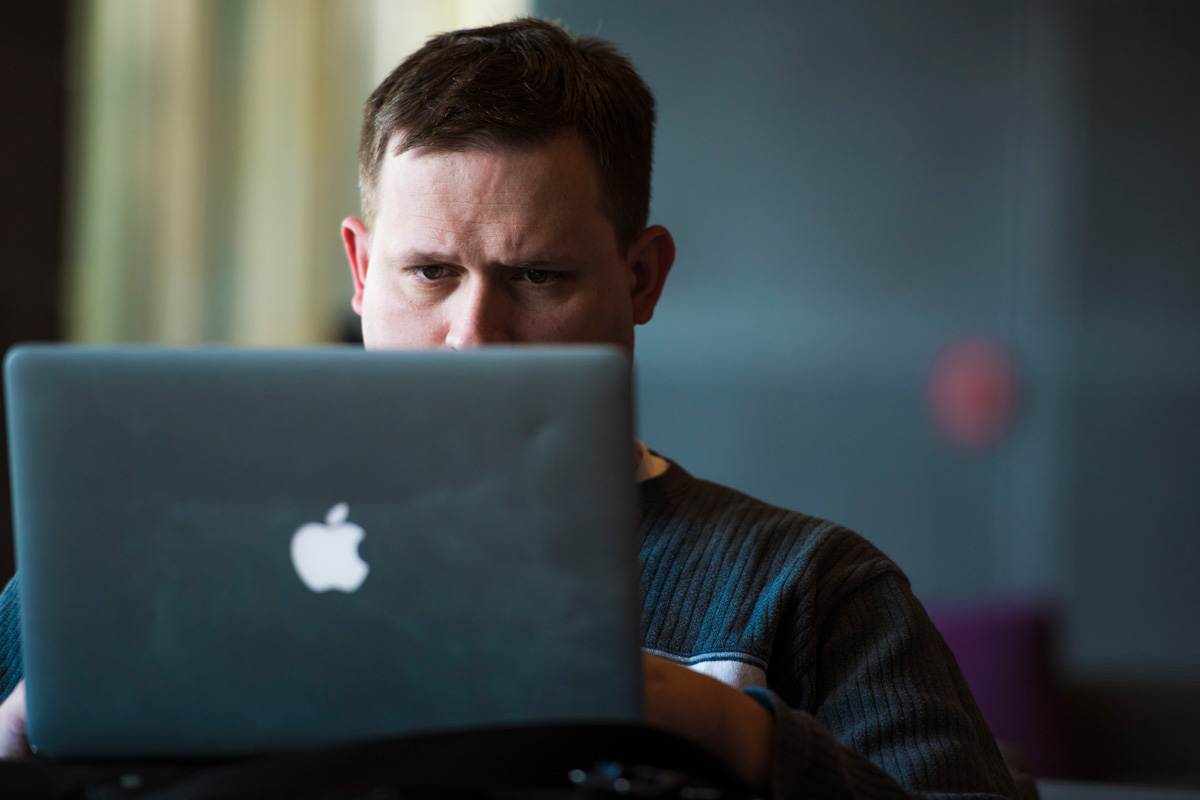 Writers of the Future Workshop – Day 4

Welcome to Due Date Thursday. Stories are to be turned in no later than 4:00 PM. No exceptions. That’s the tough news. The super-cool news is that this is also Writer-Meets-Illustrator Thursday, meaning that after the work is done, each writer is going to finally see their stories as interpreted through the eyes of a remarkably gifted visual artist.

What many of the writers don’t know is that I’ve decided to reprise my time here, and join them in writing a story in 24 hours. It’s great fun. By lunchtime today, I’m almost done. I take a small break to reset my brain and go get lunch. On the way back I find Ville Meriläinen (2nd place, Q3), Sean Hazlett (2nd place, Q1), and Dustin Steinacker (1st place, Q1) sitting in the lounge. Ville is “done,” meaning he’s written “the end” but he’s still polishing. Sean and Dustin are still adding words. We talk a little, mostly about what the exercise means, what they’ve learned doing it, and how they might use it going forward.

Later, after the deadline has passed, I find Ziporah Hildebrandt just outside the classroom. Ziporah is the 2nd place winner of Q4. She hails from Massachusetts. We’re standing just outside the classroom beside Robert J. Sawyer and Mike Resnick. Jody Lynn Nye is within earshot. “How did you use your prompts?” I ask her. Her face lights up. “My object was my favorite thing,” she says. “It was a set of old locks.” At this point, she goes on to describe her talking with a stranger who just happened to be a locksmith, and who proceeded to tell her about the history of this kind of lock and key. She then shows me how she baked this into what sounds like a totally remarkable science fantasy story.

Her experience is not unique. Literally, everyone I talk to has some cool twist on something that happened while they worked their prompts into their stories. I can’t begin to tell you how much fun that is to hear about. “I wrote 2,000 words on my first story,” Jake Marley (1st place, Q3) said, “then decided it was going to be too big and went back and wrote another.” This is the thing here, you know? That’s how it all works. Just write. You never know how much you can accomplish until one puts a focused effort into hitting a tough goal—but when you do, you suddenly find yourself going above and beyond. Here’s my money plopping down on the better than even line that Jake will finish that original story, too.

Andrew Roberts (3rd place, Q4) probably wins the persistence award, reporting in at less than 2 hours of sleep last night. “It needs work,” he told me. But, yes, he hit the deadline, and yes, there’s some stuff in there he really likes.

Then it’s time for the Illustrator/Writer match game.

The artwork is lined up with perfect precision. The artists stand aside. And the doors are opened to allow the writers to file in. The goal is to pick out the art that represents their stories. As they file in I see huge goofy smiles and hear a few gasps of delight. At one point there’s a call of “that’s mine!” A few minutes later the artists join the fray. Conversation fills the hall in a swelling crescendo of excitement as creative minds meet up, shake hands, pat each other on the back. “This is so amazing,” one writer says to his illustrator, “Come here and let me give you a hug!” As I’m walking around, I hear illustrators talking to their writers. “I loved your story,” is a common refrain. Music to the heart, man. If the conversation is music, this is like John Coltran and Miles Davis mixed with Mozart. And, what the heck, let’s throw a little Dylan in there, too. I hear he could write a little. [very big grin] Since this is a science fiction thing, feel free to throw in a little David Bowie.

I found Doug Souza holding onto the artwork for his piece. He’s the Q2 first place winner from here in California. He was literally stunned. “That’s a fantastic piece,” I said. It’s an image of a mech suit and a young lady, gorgeously portrayed. Doug tries his best to put his thoughts into words, but it’s hard. “I love it,” he said. He talked about the relationship between the characters, and the perfection of the piece all the way down to the expression on the woman’s face. Another person stopped by and said that when he saw the artwork, he knew he needed to read that story.

It is, I suppose, easy to make this part of the week sound hyperbolic and over the top. If you haven’t been part of it, perhaps it feels almost too much to say that seeing what an artist does with a story is one of the most amazing things that can happen to you when you’re part of Writers of the Future. Let me tell you this is not the case.

Writing is about communication, you see. To see your work converted into a visual media by another creative person is one of the most intimate forms of communication there can be. It’s something deep and visceral. When another artist gets something you did so deeply that they can reflect that back in that kind of fashion…well. It’s really magic. It was magic when it happened to me, and it was magic to watch happen all over again. This was a total treat to watch unfold [see pics here].

Of course, the day wasn’t over.

After a break for dinner, the winners assembled one more time, this time to hear New York Times bestselling author Kevin J. Anderson give a 90-minute discussion about publishing, writing, and things to think about when it comes to making a career in this industry. Making this the last presentation of the day is like having an entire cherry tree on top of your ice cream, right?

So that’s day 4. Or, at least that’s the presentations for day 4.

There is still work to do, though. As they leave the classroom, our winners are given three manuscripts to read—three of the stories written in the past 24 hours are going to be workshopped tomorrow. It’s 9:00 PM and the winners are sent to their rooms with homework.

Welcome to the life of a writer, eh?

There’s always more work to do, and tomorrow is another day.

To see all of the events of today in photographs, click HERE.

Illustrators of the Future Workshop 2017 – Day 3

Illustrators of the Future Workshop 2017 – Day 4
Scroll to top