Tom Doherty talking to the Writers of the Future winners 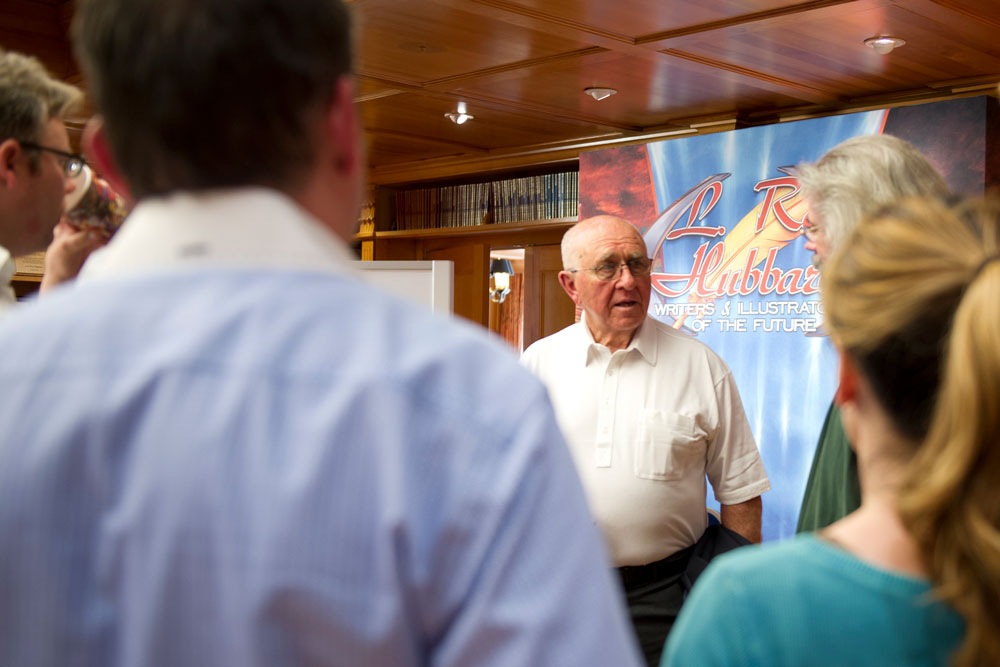 Few casual readers may know of Tor Books, but almost anyone who has ever read a science fiction or fantasy book will have held one of Tor’s innumerable novels, which have been published since its inception in 1980. And who was the founder of what has become one of the most—if not the most—impressive powerhouse of speculative fiction in the modern world? That would be Tom Doherty!

Tom has deep roots when it comes to books, having been a book salesman through the 1950s and 60s, until he became the publisher at Tempo Books in 1972. A few years later, he also joined Grosset & Dunlap as publisher of their science fiction imprint, Ace Books. After all that time in the trenches of the publishing industry, Tom launched out on his own to create Tor Books and realize his own vision for science fiction and fantasy stories that would go on to inspire countless millions (if not billions) in the years since.

Nowadays, Tom is both president and publisher of Tom Doherty Associates, LLC, which is associated with the Tor, Forge, Orb, Starscape, and Tor Teen imprints. It’s almost as if he can’t get enough of publishing books that embody powerful and life-changing imagination! And his dedication to the industry has certainly shone through with the quality of the tales these imprints tell and the amazing authors they bring to the world.

Tom has been long lauded for his contributions to publishing and speculative fiction. For starters, in 2005, he received the Lifetime Achievement World Fantasy Award at the World Fantasy Convention. Most recently, Tom attended this year’s Writers of the Future celebration week, where he acted as a guest lecturer on the history of publishing and its current role in society. To top that off, he attended the award ceremony where he was honored by the L. Ron Hubbard Lifetime Achievement Award.

Here’s what he had to say on receiving this award: “To be given an award for what I’d do for play, what could be better.”  He concluded by saying, “Thank you again to the Writers of the Future and its late founder, L. Ron Hubbard for having the vision and the foresight to make dreams come true. Together we build new tomorrows.”

Thank you, Tom Doherty, for publishing books that not only act as cornerstones of speculative fiction, but will live on to inspire future generations.