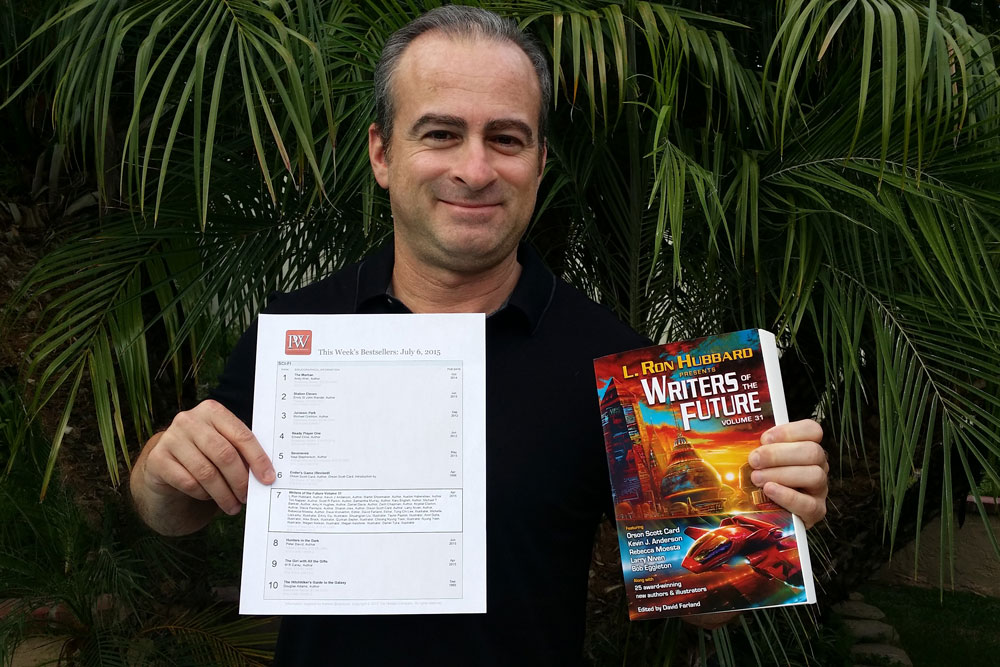 It was 2009 when I first entered the Writers of the Future (WotF) Contest with my short story, “Apostate,” a tale that takes place, interestingly enough, in the same universe as my winning story, “Switch.” I told the fellow writers of my critique group, “This is the story that’s going to win,” and I believed it. After all, they gave the story high praise. Who could possibly resist it after that kind of endorsement?

Obviously, it didn’t win. I was hasty. I hadn’t read any of the previous volumes of WotF, so I didn’t even know what a winning story looked like. All I knew was that my story met the word count required for submission, and that it was speculative fiction, so that was enough for me.

When I arrived at the Roosevelt Hotel in Hollywood for the awards presentation for the winners of Volume 25 of WotF, I was blown away. It was like the Academy Awards of writing. In fact, the Roosevelt had hosted the first Oscars. Dressed dapper in my suit, I got to sit in the audience and partake in an exciting journey as the awards gala unfolded. I knew then that this annual contest was something special. After all, what contest gave unknown artists the chance to become known authors and illustrators, and with such visibility? Then there were the extras: prize money for winning, a pro-rate sale (and additional money), and a weeklong workshop, hosted by top professionals in the field, not to mention being put up in a gorgeous hotel in the heart of Hollywood.

After the amazing awards presentation, I got in line with the other attendees to congratulate the winners and have them personalize my copy of the just-released Writers of the Future, Volume 25. I had a chance to meet Golden Pen winner, Emery Huang, and Golden Brush winner, Oleksandra Barysheva. When I got home, I dove into the book and read Emery’s fantastic tale and saw Oleksandra’s beautiful artwork—and that’s when it hit me: this was something I needed to be a part of.

Attending the twenty-fifth awards gala was transformative for me. I knew I had to improve my writing and keep entering the Writers of the Future Contest. I had penned thirty short stories and three novels, and had a number of avenues to pursue on the publishing front. Still, WotF was where I wanted to make my first pro sale. I learned that a number of bestsellers had started their professional careers as winners of the contest. So, I poured all my energy into becoming the best I could be at my craft. If nothing else, I would do this for me, as an author.

After a half-dozen entries in the contest, I received the magic call: “You’ve been selected as a winner for the fourth quarter—congratulations!” Are there any sweeter words? None that I can think of!

The best part: I got to share the wonderful news with my family. My mother was beside herself. “I knew you would do it,” she told me. “I had no doubt.” My father unfortunately had throat cancer, and had an operation that removed his vocal chords. I couldn’t hear him tell me how proud he was, but he was able to express himself with tears of joy. It was one of my fondest memories. All my parents wanted for me was to succeed in life, and I was making my dream come true—I was getting published!

Then came the fun part: attending the workshop, meeting bestsellers in the industry, forming lifelong friendships with the other winners, going up on stage at the awards gala, and meeting future aspiring winners, this time with me on the same side of the table as Emery and Oleksandra.

After our workshop in Hollywood concluded, the real work began: promoting our anthology, marketing ourselves as professionals, doing book signings, attending conferences to spread the word about the book and contest, and now, a new path—the journey as national bestsellers. After hitting the seventh spot on Publishers Weekly’s top-ten list, we arrived: national bestseller status! It was a first for the storied thirty-one-year anthology. Not only is it a first, but it paves the way for future generations of winners to build upon the “Class of 31’s” success and generate groundswell for reaching the ultimate goal, the New York Times bestseller list. The current class has that goal in mind too; but the next generation of winners will have all the lessons learned from our endeavor at their disposal, so they can do what we did well, and find a way to do it even better. And that makes me feel like a proud papa!

My advice to anyone who wants to get their professional writing or illustrating career started is this: study the greats, see what they did well, hone your craft, buy and study the winning stories in WotF, and enter the Writers and Illustrators of the Future Contest. The more you read, study and do, the better chance you have to succeed, and to become the professional you want to be. After all, if you can dream it, you can achieve it! 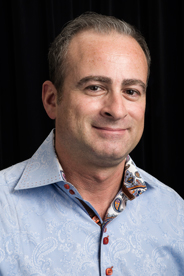 Rob Prior, International Award-Winning Artist, Named as Illustrators of the...

From Stray Dog to Bestseller
Scroll to top