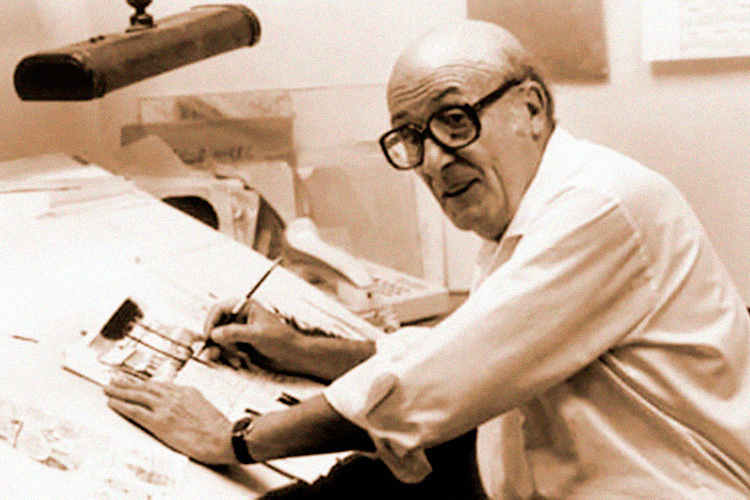 This article was originally published in Writers of the Future Volume XIX.

While my own career has been spent in the practice of sequential art, a form that arranges images and text in an intelligent sequence to tell a story, I have nonetheless always been professionally involved in the fundamentals of illustration. I, therefore, feel I have accumulated enough experience with which to endow my advice with some credibility.

Today young illustrators are at the threshold of an enormously promising era. We are in a “visual age.” The modern conduct of communication is employing imagery at a greater ratio than ever in the history of human intercourse. For the illustrator, it is the best of times.

During the early nineteen hundreds, book and magazine illustration dominated the world of publishing. Illustrators were in command of the profession. They provided the stunning art accompaniment to stories in pulps, books, magazines and newspapers. Their services extended to advertising and theatrical promotion. We had just emerged from the days of stone lithography and steel engravings that provided reproduction of art. In those days illustrators served in the role of the news photographers of today. They visited disasters and public events, scenes of which they rendered in pen and ink or stone lithograph.

By the time I entered the field, the introduction of major advances in reproductive technology was so awesome it seemed to me that the practice of our profession was under threat of extinction.

Print, the major medium of transmission, was being invaded by cinema. It was influencing the visual literacy of our society. Photography advanced to such sophistication that it appeared likely to replace illustrative art entirely. Portraiture and product imagery were the first to be rendered by photograph. Photographs, mechanically generated images, looked as though they were having a serious impact on the demand for artwork.

Furthermore, the rapid rise of offset printing overtook the more clunky letterpress printing method and the engraving process underwent a change that reduced and ultimately eliminated the rather intimate relationship between engravers and artists. Processes were becoming obsolete so fast that it was hard to see where it was all going. It was a worrisome time for artists because the creative process was, as always, involved with the quality of the ultimate reproduction of their work and their skills appeared to be threatened by advancing technology.

Looking back at it I can see how this concern was mistaken. The advances in printing press and reproduction technology that provided a very important improvement of photography contributed to a greater fidelity of color separation as well as the preservation of stylistic detail. Artists whose work was more sophisticated than simple pen and ink now found a large and fertile marketplace for oil and watercolor that dominated their work. So-called “fine artists” were being welcomed by high-circulation publications; gallery artists soon found that illustration was not at all demeaning.

When computer technology and electronic transmission arrived, the old threat to the established medium reared its frightening head once more. Print on paper was pronounced doomed. Art and text could now be digitally delivered on a screen and stored on discs. Illustrators would once have to alter their skills and accommodate to this new method of delivery. But Armageddon failed to happen. Color reproduction surged to new heights of accuracy. Paper usage increased and printed publications found it less expensive to include art. The ratio of artwork to photo appeared little changed as it became more evident that a drawing could surpass a photo in the delivery of emotion and the subtle effect of style on the reader’s involvement. Digital scanning provided easier color separation and complex art could be reproduced with greater fidelity than ever before. Even in lowly comic books, the 35-color limitation gave way to a range of 35,000 colors. Applied color singular to that field could now deliver shading and bleeds that opened a new field for colorists that included “painterly” effects.

So while photography burgeoned in this electronic era it could not eliminate the demand for art. For the reason I’ve already cited, the dominance of the artist in the world of story illustration has remained unchanged. Here are my fundamental guidelines for young illustrators.

The field of science fiction remains a particularly fertile domain for the artist.

Science fiction is a literary genre that is rooted in imagination and because of that it is more welcoming to art than photography. Here rendering style and personal technique are dominant ingredients upon which illustrations depend.

Because science fiction is essentially concerned with the description of environment and objects, the knowledge and understanding of the fundamentals of realistic art is a requisite. A command of draftsmanship is essential. A basic knowledge of mechanical functions, machinery and a familiarity with space vehicles is a more obvious background for illustrators.

These skills and knowledge are the support an illustrator provides to the writer who is narrating an adventure set in a fantasy world. To be able to produce a work wherein your vision coincides with that of the author is key to a successful illustration.

In the world of storytelling art there is a struggle for sovereignty between style and content. So the artist must deal with the need to subordinate a bravura display of style and rendering technique to the need to convey the idea. I have always believed that an illustration should capture a moment in the seamless flow of action and convey somehow what happened before and what will happen after the action shown.

The artist working in this field must approach his task with the understanding that the mission of the art is in service to the story. Primary, therefore, to the illustration is that it be compatible with the concept around which the story is told. Here, the illustrator is providing a bridge across which the reader enters a fantasy realm. The artist’s ability to visualize the writer’s description of imagined creatures, things and environment is the more daunting part of the assignment.

Another requirement implicit in science fiction or fantasy illustration is the ability to imbed reality into even the most bizarre of the creatures and devices that populate the writer’s story. This requires some technical and mechanical understanding that will help the artist make unworkable weapons and machines appear as though they can indeed work.

Finally, because of the need to provide a veneer of realism to the elements of the illustration, skillful rendering and strong draftsmanship is mandatory. Abstraction tends to become decorative whereas realistic art has a storytelling effect. This determination, of course, is often left to the province of the editor or author.

It may be surprising to a young illustrator but many professionals sometimes lose the natural excitement involved in the creation process. It is understandable that pressures of deadline and delivery create a sense of indifference which is the enemy of quality.

In the field of art I’ve found that quality is never achieved without enthusiasm. 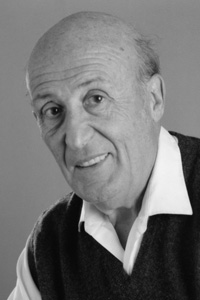 Will Eisner was a pioneering force in comics for over sixty years. The breadth of his career ranged widely from his groundbreaking works in early newspaper comics to the mature graphic novels he later produced.

His first comic work appeared in 1936 in WOW What a Magazine! Shortly afterwards, he formed a partnership with his friend Jerry Iger and the Eisner/Iger studio was born. The studio was a veritable comics factory, churning out strips in a variety of genres for American newspapers, and recruiting several young artists who would go on to become legends in their own right, including Bob Kane (Batman) and Jack Kirby (The Hulk and Spider-Man).

It was while he was working at Quality Comics that he developed a sixteen-page newspaper supplement which was syndicated across America, for which he created his most famous character, The Spirit, the masked detective who protects Central City from its criminal element with no more than fists, cunning and an unbelievable tolerance for punishment. He later founded the American Visuals Corporation, which became one of the most successful companies dedicated to creating comics, cartoons and illustrations for educational and commercial purposes.

A master of comic art, he played a major and innovative role in the transition to graphic novels, writing and illustrating a series for Kitchen Sink Press. He also taught cartooning at the New York School of Visual Arts, authored two definitive works, Comics and Sequential Art and Graphic Storytelling, and had his work showcased by the Whitney Museum in New York.

The Eisner Awards, the most prestigious comics industry awards presented annually at Comic-Con International in San Diego, are named after him.

He was an Illustrators of the Future judge since the Contest’s inception in 1988 until his passing in 2005.