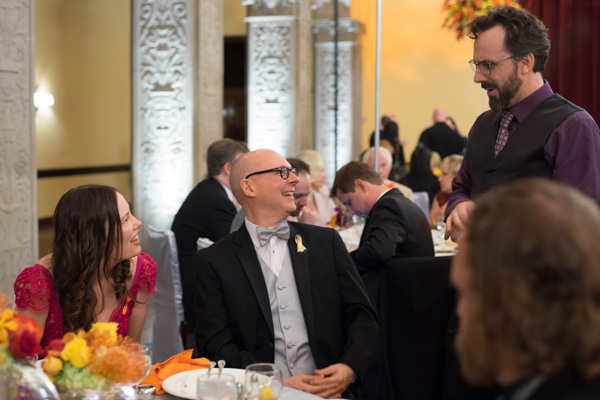 Every year we publish the Writers of the Future anthology of winning stories. This is our 31st year and it seems that with each volume, the authors and illustrators are just better and better. This year is no exception.

The winning stories are selected by the Writers of the Future panel of judges who are, each and every one, notable names in the field of speculative fiction: Orson Scott Card, Larry Niven, Jerry Pournelle, Tim Powers, David Farland, Kevin J. Anderson and the list goes on. It reads like a Who’s Who of writers.

A few of our judges also had their start with the Contest and so Galaxy Press is proud to have played a part in launching their careers through the publication of the anthology. One of the many writer winners who have gone on to professional ranks as a writer is Sean Williams. 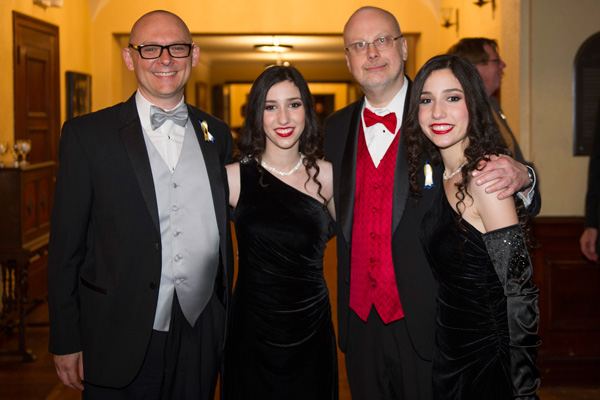 Sean Williams (left), author Robert Sawyer (right) and the Winner Twins who were presenters at the Writers & Illustrators of the Future Awards Celebration.

Sean won the Contest in 1992 and his story appeared in Writers of the Future Volume 9. A mere 10 years later in 2003, he joined the ranks with the other top authors to become one of the Writers of the Future judges. It was no surprise to us that he made it to the top, after all, he is a New York Times bestselling (Star Wars: The Force Unleashed) and a multiple award-winning author in his own right.

The best part is we get to see him again and again at the Writers and Illustrators of the Future Annual Awards Ceremony.

Sean is very active in his support of new writers and when he comes to Los Angeles the week before the awards ceremony, he is always delighted to meet the latest group of new writers and talk about writing well into the wee hours.

An active and prolific writer himself, Sean has published over 40 and 100 short stories, yet he still finds time in his busy schedule to give the new writers words of encouragement and advice so they too can make it into the professional ranks.

We’re releasing the latest anthology, Writers of the Future Volume 31 in a few days, on International Star Wars Day. It seems only appropriate then to acknowledge Sean who has co-written three books in the Star Wars: New Jedi Order series for his part in making Writers of the Future the top selling sci fi and fantasy anthology of its kind.

So, to Sean and all the newly published authors in Volume 31…

MAY THE 4TH BE WITH YOU.