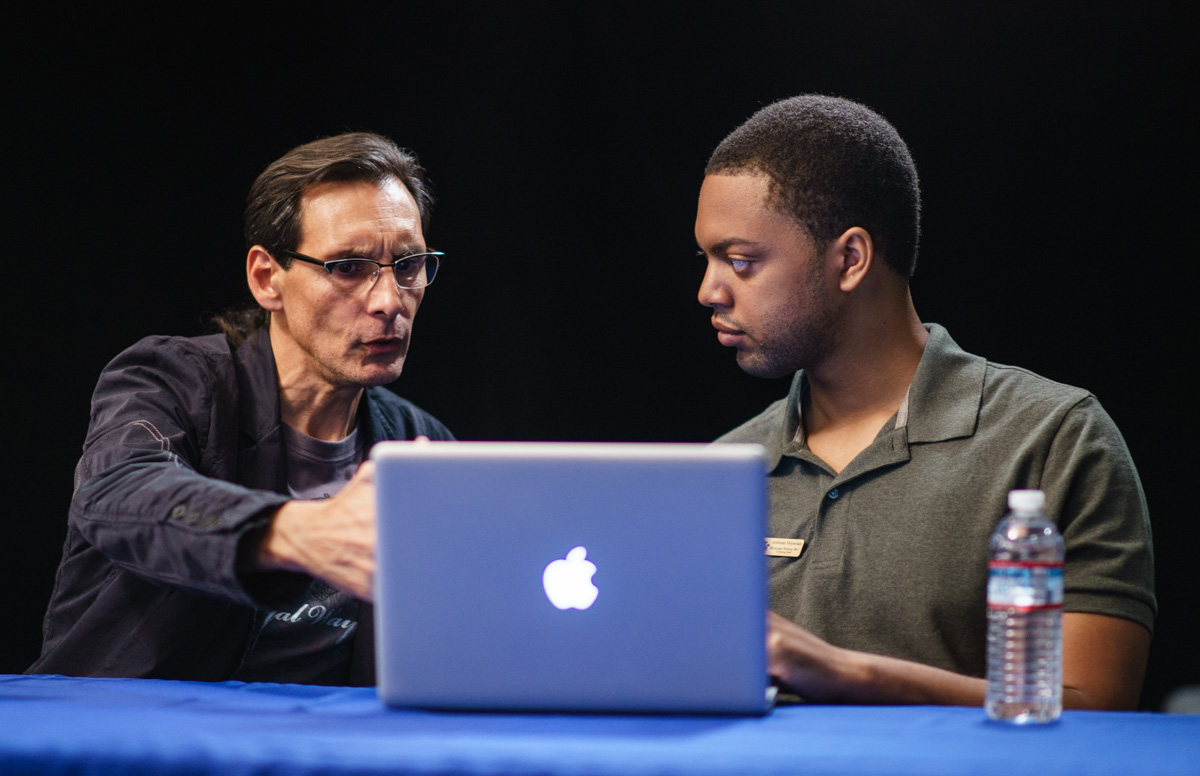 Anthony Moravian is a tall, quiet kind of guy, but his art speaks volumes. He describes his style as fantasy inspired by classic renaissance paintings and, so, not surprisingly, he specializes in charcoal drawings and oil paintings as you can see here in his portfolio. 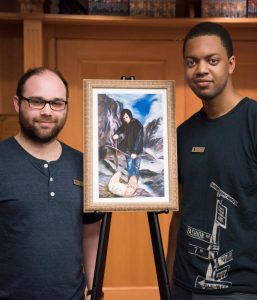 As a Finalist in the Illustrators of the Future Contest, we asked Anthony to illustrate one of the winning stories, “A Glowing Heart” written by Anton Rose. Anton’s story is about a boy faced with a terrible decision. His mother is dying, and the only way he can save her is by killing something beautiful.

In doing the illustration, Anthony said he was inspired by the story’s theme of doing what is necessary, even it if is something you would rather not do, which prompted him to capture the feeling of grief in the protagonist over what he had done. He further elaborated on his selection of the scene he chose from the story, stating that reading and writing play a large part in his process when doing an illustration. He tries to balance the two in order to maintain interest in the illustration and he can do this if he understands all of the elements of the story.

I read and enjoyed Anton’s touching story immensely and have to say that Anthony did a great job capturing both its mood and spirit. His illustration appears in the latest edition of the Writers of the Future anthology, Volume 33.

He came out to Los Angeles to attend this year’s Illustrators of the Future Workshop and the annual awards event. While here he met the author of the story as well as a host of artists from all corners of the globe as part of the Illustrators Workshop.

According to Anthony, the whole experience was wonderful and he had a great time meeting the other illustrator winners and professional artists and art directors who were part of the workshop. As he summed it up, “The seminars were very thorough. The critiques during the portfolio review were, perhaps, the most helpful parts of the event. I look forward to putting what I learned to good use.”

You can meet up with Anthony and see his art on display today (April 14) between 7:00-9:00 PM along with fellow artist Yader Fonseca at the Barnes & Noble in Union Square, Manhattan. They will be there signing copies of Writers of the Future Volume 33 which contains their art.

Anthony will also be doing another book signing, April 15, at Books-A-Million in Paramus, New Jersey between 1:00-3:00 PM.

Ville Meriläinen, author of “The Fox, the Wolf, and the Dove”
Scroll to top