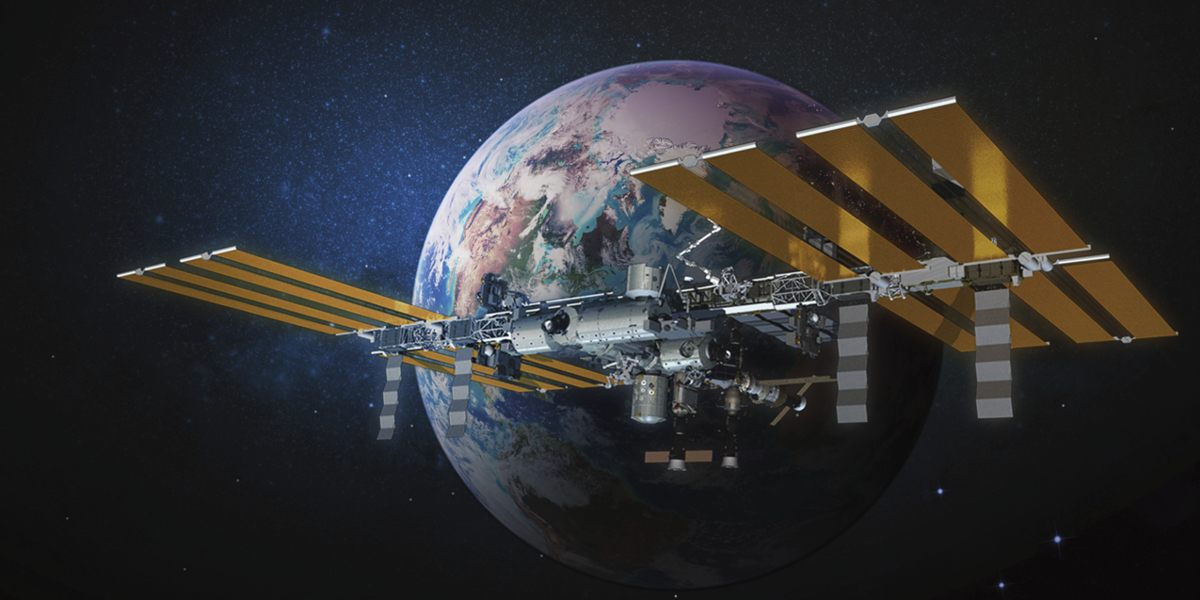 The idea of space travel—which is central to the plot of L. Ron Hubbard’s epic SF novel Battlefield Earth (1982)—has been written about in science fiction for hundreds of years.

Edgar Allen Poe had men traveling to the Moon in a hot air balloon in “The Unparalleled Adventures of One Hans Pfaal” (1935).

H.G. Wells more practically used a space ship, a sphere made of metal and glass, in his 1901 story “The First Men in the Moon.”

After the Moon came exploration of the planets within our solar system, as in Garret Serviss’ A Columbus of Space (1909).

Edgar Rice Burroughs used psychic powers to send John Carter to Mars in “Under the Moon of Mars” (1912), but used a spaceship in his 1930s Venus novels.

E.E. Doc Smith’s Skylark of Space (1928) probably was the first sci-fi story to move into interstellar space exploration, along with Edmond Hamilton’s “Clashing Suns” (1928) about an Interstellar Patrol.

As for Mr. Hubbard, Battlefield Earth was not his first book-length venture into outer space. Central to the premise of his 1950 novel, To the Stars, is the effect of Einstein’s theory of relativity on space travelers.

According to relativity, interstellar astronauts moving at near light speed will experience time relative to their environment—and when they return to Earth decades or centuries may have passed.

Several TV series—Star Trek, Battlestar Galactica, Babylon Five, and Lost in Space—popularized the notion of travel not only throughout our solar system, but far out from our own galaxy.

Ray Bradbury regularly had astronauts visiting Mars in his stories, books, and TV scripts, most notably The Martian Chronicles. The notion of intergalactic travel was continued in such works as 2001: A Space Odyssey and the Star Wars movies.

As Hubbard was fond of pointing out, science fiction is so often a precursor to science reality, and space travel is no exception.

Launched by NASA in 1977, two Voyager space probes made it to Jupiter in 1979. Between them, they went on to explore, from a distance in space, Saturn, Uranus, and Neptune. They found a total of 22 new satellites orbiting these four planets.

Some of these moons are thought to have surfaces of thick ice covering deep oceans of water. Certain scientists believe that these lunar oceans, not Mars, are the most likely places to find life on other planets within our solar system.

What about human astronauts visiting destinations beyond our own solar system? Even if we stay within our galaxy, the nearest star is about 10,000 times as far away as Pluto.

To travel to such a destination within a human lifetime requires a spaceship that cruises at more than 10,000 miles a second— around 5 percent the speed of light— and can accelerate to this speed within 10 years.

One solution: generational space ships. These are gigantic ships where families, even communities, of people can live and procreate, so that a crew consisting of descendants of the original astronauts who were in the ship when it launched from Earth will reach the destination eventually, barring mishap.

Whether you consider it possible for humankind to reach the stars, it remains a steadfast proposition since the dawn of the genre, that we will somehow, someway and someday be traversing the galaxies.

Bob Bly holds a BS in chemical engineering and has been a full-time freelance writer since 1982. His more than 85 books include The Ultimate Unauthorized Star Trek Quiz Book (HarperCollins), The Science in Science Fiction (BenBella), and a collection of science fiction short stories Freak Show of the Gods and Other Tales of the Bizarre (Quill Driver Books). Bob has written over 100 articles for publications including Cosmopolitan, City Paper, Writer’s Digest, The Record, and Target Marketing. His SF web site is www.sciencefictionprediction.com