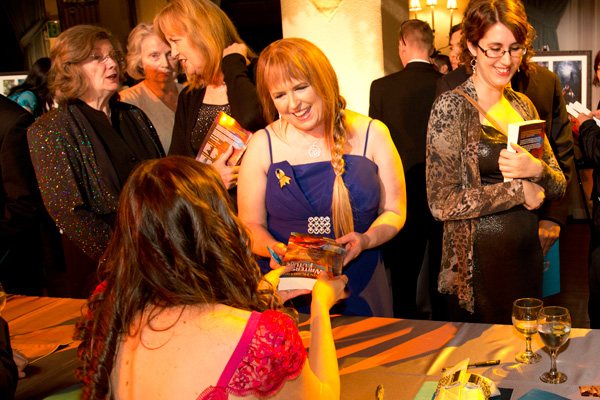 Star Wars author, Rebecca Moesta, who helped an entire generation embrace reading through her Junior Jedi Knights and Young Jedi Knights series, considered some of the foundation stories of the Star Wars Expanded Universe, is also one of the judges of the Writers of the Future contest. 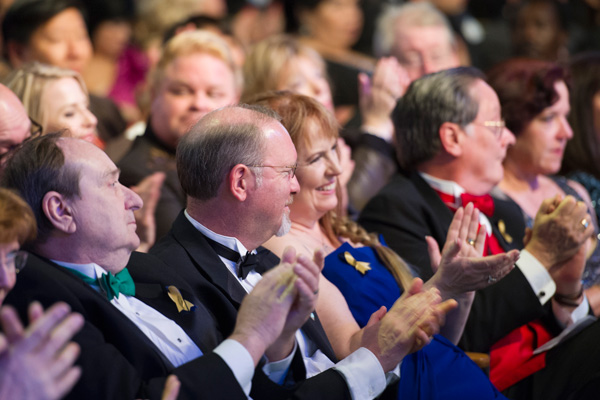 As always, it was great to connect up with both Rebecca and her husband and fellow author, Kevin J. Anderson, during the annual awards event celebration.

Rebecca and Kevin arrived here in Los Angeles on the Friday prior to the awards event—just in time to give a two-hour talk to the winners at the Writers Workshop co-instructed by David Farland and Tim Powers. The subject of their talk, not surprisingly, was on being professional writers and included many helpful and insightful tips of the industry.

We’ve also included “Rough Draft” one of Kevin and Rebecca’s collaborations in this year’s anthology. “Rough Draft” is about a very successful and creative writer who gives up writing but has the opportunity to see an alternate timeline and read the work he might have written, if only he’d stuck with it…

This year, to honor their ties with Star Wars, we at Galaxy Press decided to release Writers of the Future Volume 31 on International Star Wars Day.

To Rebecca and Kevin,

MAY THE 4TH BE WITH YOU.