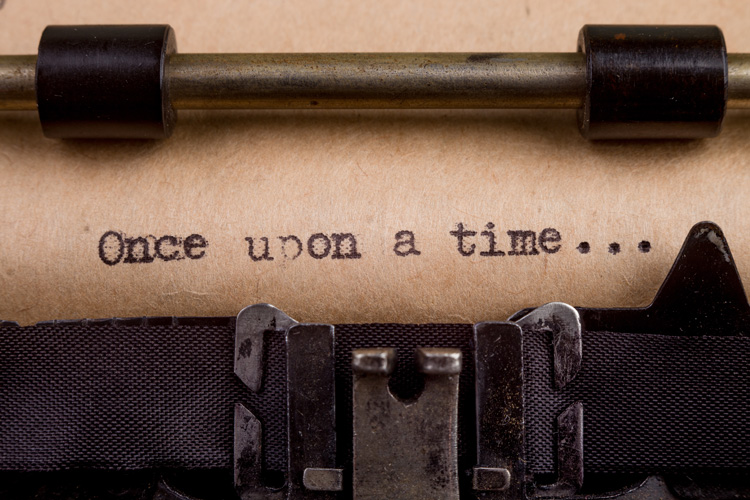 Parts to a Story – From the inciting incident to the denouement

I earlier talked about the first four parts of a story—setting, character, conflict, and theme. These are all parts that you often think about in brainstorming. Often, before starting a short story, I don’t even sketch out my characters, for example. So you might only give them minimal attention.

But once you begin putting words on paper, you need to bring these things alive. You put them all into motion. I’ll be talking about the parts of a story in much more depth over the coming weeks. But for my “nine parts” to a story, after setting, character, conflict, and theme, I typically list the next five things:

As you begin writing a story, you have to introduce your setting and characters right away. In fact, my mentor Algis Budrys used to say that if you didn’t get them at least partly introduced in two pages, he’d throw your story into the round file. He figured that you were taking too long. For me, depending upon your style and tone, I might give you a little more time, but his sense of pacing is pretty spot-on.

As you introduce your setting and character, you might even give us the main conflict right out the gate, or introduce the theme. You don’t have to. You might use minor conflicts as a stepping stone as you build up toward that main conflict. For example, let’s say that you have a character who hears a sound in his house at night. He reaches over to wake his wife, but she’s gone. He gets up, afraid of an intruder, and grabs a baseball bat that he keeps by his bed. He creeps into the living room and spots an intruder in the dark, then chases the intruder from the house. As he does so, the trips over something—the body of his wife. She’s bloody, battered—and dead. In a blind panic he flips on the light and calls 911. He rushed outside with his bat, looking for the intruder in the darkness. It is not until the police arrive that he looks at his bat—and sees that it, too, is bloody. He’s holding the murder weapon!

So here is a story where my character faces several conflicts right in a row—strange sounds, an intruder, his wife’s murder—all before he discovers that he has been framed, and is now facing the fight of his life, which will be to defend himself.

Sometime within the first 10% of a story, normally, you reach a point where the audience learns about the main conflict—the biggest thing that your character is likely to face. Even for a short story, the rule is that “this should be the most important conflict that this character will ever face in his or her life.” That moment when the audience learns about the conflict is a turning point. From that point on, whatever other course in life your character was following, his path will change for good.

A Try/Fail cycle occurs when a character struggles to overcome some opposition. It might be a very minor attempt, or it might be huge. In the first try/fail cycle, the character usually begins to grasp the enormity of the situation. He learns what he is up against. So, for example, one early try/fail cycle often involves diplomacy.

Your protagonist just got handed a pink-slip, and security escorts him from his office where he works at the New York Stock Exchange. Astonished, he calls his boss. He apologizes for slacking off this last week, and points out that with his wife’s cancer, he hasn’t been too focused. He begs for another chance. That’s when the bombshells start hitting. The boss refuses to tell him why he is being fired, but lets him know that it isn’t for “lack of performance.” He says, “There’s a criminal investigation. The SEC is involved, and the FBI. I can’t talk anymore about it.” The protagonist pleads innocence, begs for his job. “But, I haven’t stolen anything. I haven’t broken any rules!” The boss comes back, “I’m sorry. I can’t talk to you. Go find another career, if you can. You have no future in this one. You may not have a future at all. . . .”

Normally, a first try/fail cycle will take up about 10% of your story.

As your character grapples with his problem, he must find that it is larger than he first imagined. We’ll talk later about ways to expand upon problems, make them bigger than they first appear, but let it suffice to say that your protagonist must now try to resolve his problem. He does some legwork. He meets his old secretary at a cheap restaurant. He discovers that someone else in the office has been bad-mouthing him. A man named Moses Siregar seems to be behind the firing. So your protagonist does a little digging. Moses worked with him on a major account, one for an oil company. The company has been accused of rigging bids for rights for offshore oil reserves, and it looks like Moses is somehow trying to place the blame on our protagonist. This is the big SEC violation. So our character breaks into Moses’s home and tries to steal files from Moses’s computer, hoping to exonerate himself. But just as he is downloading the information, a stranger breaks into the home and tries to kill the protagonist. It soon becomes apparent that the man isn’t just a burglar—he’s some sort of assassin. Our protagonist is thrown out a four-story window—and has his fall slowed by an awning. Limping and wounded, he flees into the night.

In an adventure novel, the protagonist might go through several more try/fail cycles, each time getting closer to his goal, confronting different enemies, perhaps learning new revelations.

However, you should note that a second try/fail cycle is all that is absolutely needed. It often takes up about 30% of your tale.

At the climax to a story, the hero must marshal all of his resources to resolve the major conflict. In doing so, he might call upon his courage, test his intellectual resources to the limit, and endure physical or emotional torment.

Those resources will almost always include the help of close friends. In our case, our hero might call upon his girlfriend for help, his old secretary, a mentor, investors that he has served well in the past, and so on.

During the climax, the hero will most likely come face-to-face with his problem. In our story above, he will discover who is framing him—and he’ll learn what he is being framed for, and how. He’ll try to figure out how to prove his innocence and reclaim his life. But not all problems have external sources. His problem might be an internal one—say a character flaw. Or he might be confronting society.

The climax is typically the most emotionally charged part of the story.

Very often, the climax will have one or more “reversals” in it, a scene where one party seems to have the upper hand, yet the other party suddenly gains it. Reversals don’t have to happen just in the climax, they can easily happen in any scene, but they’re so integral to a good climax that I’m tempted to list the reversal as a “part” of the story, a necessary element. Yet some fine stories don’t have reversals to them at all. So they aren’t really necessary.

In the climax, the main problem in your story is resolved one way or another. Either the hero wins the day, or loses his conflict.

The climax to your story is something that you build up to. The protagonist often must gather clues and allies, confront inner demons, consider the themes of the piece, prepare a battle plan, and then confront the enemy. It often takes up more than 40% of a novel or movie to get through a climax

The denouement of your story is everything that happens in the end. It assures the audience that the end that you’ve reached really is the end. If the villain is killed, a coroner will ensure us that he is dead. If my protagonist falls in love with his secretary, we might see him propose to her. If he clears his name, newspaper reporters might be shouting for details. If he has learned a great lesson in life, the lesson is reinforced—even voiced.

In short, the purpose of a denouement is to reinforce the ending. It can sometimes have interesting twists, unexpected revelations, and so on, but doesn’t need to do so.

Since evincing certain key emotions is important, an author often spends a great deal of time trying to hit an emotional high, give the payoff for the tale. For example, if you’re writing a heart-warming tale, you might look for opportunities to make your reader cry in the end. If you’re trying to evince wonder, then a wondrous conclusion is called for.

Normally, the denouement takes about 10% of the total length of your story.