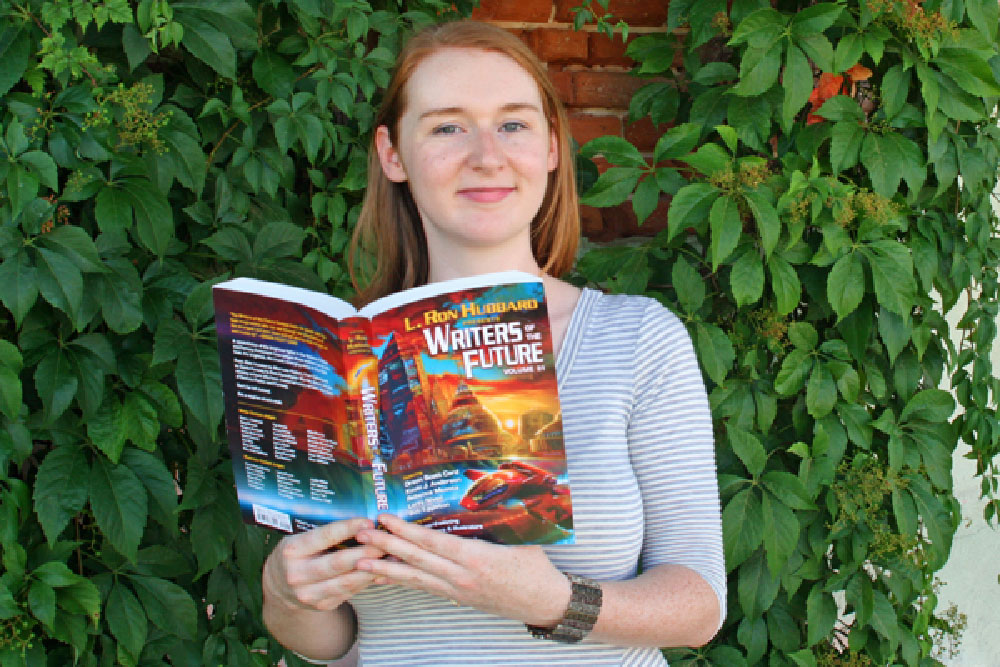 Creating Together on “Planar Ghosts”

Krystal Claxton is readily willing to admit there are a few things a little … off about her. First of all, while she’s a computer technician, her true passion lies in the realm of word-smithing and storytelling. She claims an odd sense of humor that makes her laugh at things few others find funny, and has an accent that bounces around according to no particular Law of Nature. And even though she tried writing her first novel in the third grade, she kept pushing off her true calling—eventually getting dual Associate of Applied Sciences degrees in Information Systems.

Yet now, with her short story, “Planar Ghosts,” having secured a placed in Writers of the Future Vol 31, her true destiny can no longer be denied (which means writing a lot while on the job and trying to hide this fact from her boss! shh…). Her work continues to flourish, appearing in publications such as Fantastic Stories of the Imagination, Unidentified Funny Objects 3, and Daily Science Fiction. Oh, and beyond all that, she often cosplays at DragonCon and tends to a dog that thinks she’s a cat. 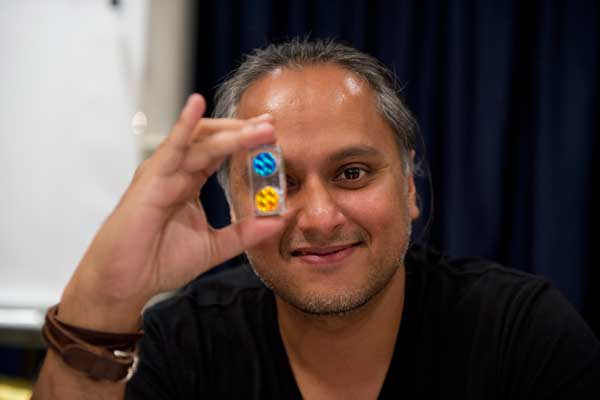 “Planar Ghosts” was illustrated by Amit Dutta, who grew up in the African country of Malawi. Riveted at a young age by science fiction and fantasy stories, he brewed up his own dream of becoming an artist and determined to make a career out of illustrating strange places, times, and people. Unfortunately, everyone around him rained on his youthful dream, saying art could never be a career, and so he eventually moved to Canada and studied astrophysics. Fast-forward twelve years to Amit’s existential crisis, realizing he was nowhere near where his dreams had once called him to be. In a desperate attempt to reclaim them, he moved to New Zealand, developed a nasty caffeine habit, and focused solely on developing his artistic skills—and we’re so glad he did!

In fact, we’re glad both Krystal and Amit woke up to their true dreams, which have brought them together in such an amazing way, as winners of Writers and Illustrators of the Future, each with a story to tell in a unique way.