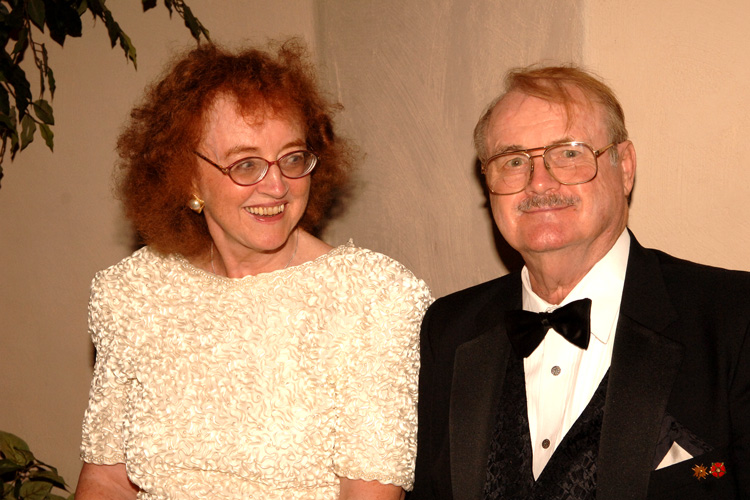 It was in 1986 that Jerry Pournelle heard about L. Ron Hubbard’s Writers of the Future Contest from Algis Budrys, the famed science fiction editor and writer, who assisted L. Ron Hubbard to get the Contest started. Jerry agreed to be a Contest judge in the second year and started judging immediately.

Jerry was chosen for several reasons: he was a legendary figure in both science and science fiction—a truly Renaissance Man. This included his mastery of the épée as well as other deadly weapons, his two PhDs, his master’s degree in statistics and systems engineering, his bachelor’s degree in mathematics, and his chairmanship of the Citizen’s Advisory Council on National Space Policy.

Throughout the years, Contest organizers called upon Jerry to vote for the winning stories, to attend the annual awards event and Writer’s Workshop, and best of all, to impart his wisdom based on years as a successful writer to the newly published winners of the Writers of the Future Contest. In return, Jerry always enthusiastically accepted and presented very informative information.

Jerry will be remembered in his later years of the Contest for his lighthearted sense of humor with the winners on event day. Just ask most any first place winner and they will have a story to tell.

We will miss you Jerry, but your brilliance shines on, and will, way into the future.