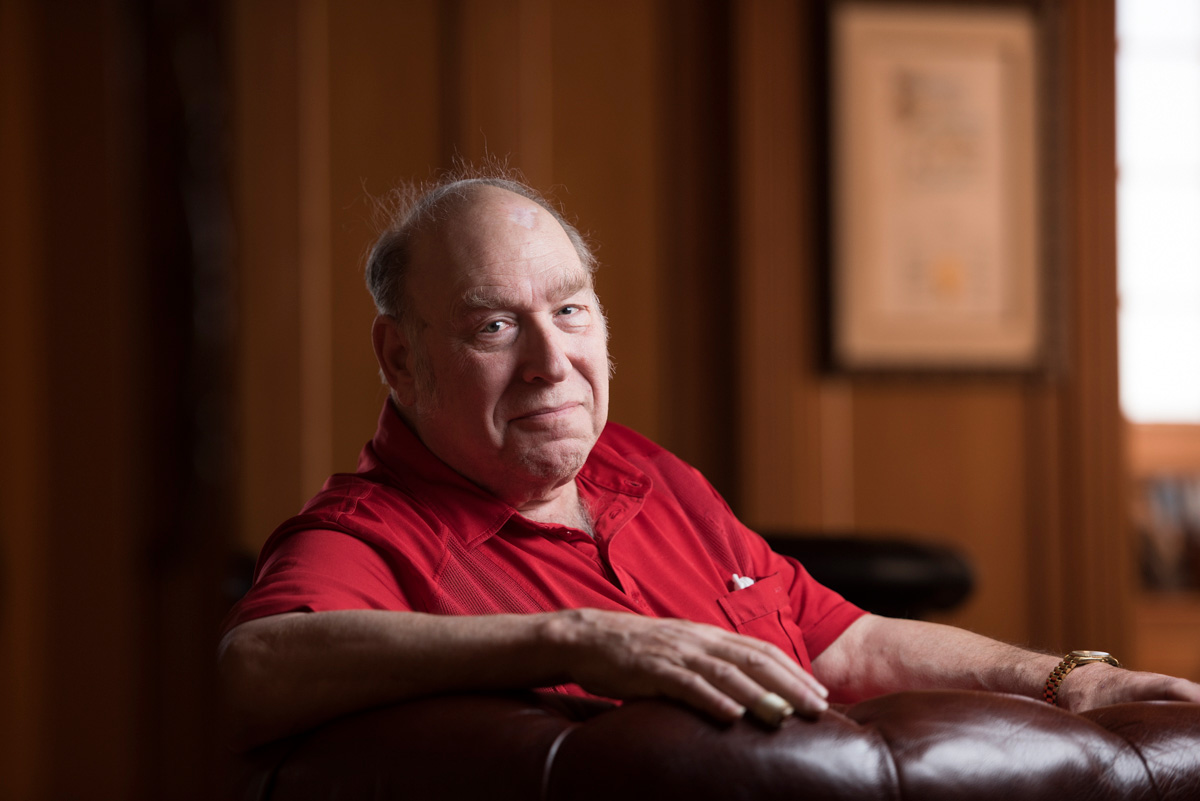 Q&A with Bestselling Author and Writers of the Future Judge, Mike Resnick

Q: I’m a relatively new writer who is trying to break in through Writers of the Future. You’ve been a judge for years now. Do you think it lives up to its billing as an entry port into Science Fiction and Fantasy?

Q: Do you think the World Science Fiction Convention has a future, compared to events like DragonCon or Comic-Con?

A: Do I think it’ll ever be a fifth as big as DragonCon or a tenth as big as Comic-Con? Almost certainly not. Do I think it has a future? Sure. As long as it hands out the Hugos, as long as the publishers support it, it remains the place for science fiction writers to do business and meet their peers. I do think that WorldCon over the years has been less than welcoming to those whose interests are not primarily in the written word, which explains the rise (especially) of DragonCon, and I’d like to have seen the powers-that-be handle it differently, but that’s history. As long as the Hugo remains our most prestigious and well-known award, there’ll be a WorldCon, and it probably won’t be any larger than it was last year in Chicago. They’ve picked a number of venues in the past decade guaranteed to cut the attendance in half, and fans find other cons and get out of the habit of going to WorldCon.

Q: How vital is an agent in the era of self-publishing and contracting New York markets?

A: To get you into print (or, more to the point, into phosphors), not important at all. To help you make a living, just about essential. Do you have a business relationship with agents in 40 or 50 countries? A good agent does. Are you capable of finding every hidden dragon and crouching tiger in a contract (which, never forget, is written by the publisher’s lawyers)? A good agent is. Do you know which publisher is bought up in a certain sub-category, which one’s having a hard time paying his bills, which one’s sitting on three not-yet-published books on the same subject you’re planning to write about? A good agent does. Etc., etc., and one more etc. for emphasis.

Q: In your capacity as a judge for Writers of the Future, would you like to see more Science Fiction stories or more Fantasy stories?

A: I think I speak for most, if not all, of the judges when I say I don’t care if it’s science fiction or fantasy. What I do care about — and it’s the same when I’m editing Galaxy’s Edge or one of my anthologies — is whether it’s good or bad.

Q: You’ve helped a lot of up-and-coming writers over the years. What’s the mistake you see them making most often?

A: These days? Self-publishing in electronic form. There are over a million e-books out there. With no established audience, there’s no reason for anyone to seek out and pay money for your books; and of course, by self-publishing, you give up your advance, which is what most writers live on. (Yeah, I know, Amanda Hocking churned out some legitimate self-published bestsellers as e-books . . . but first, you can’t name another writer with her track record; and second, the instant a legitimate publisher offered her a book contract with a bestseller-type advance, she jumped at it.)

Q: How important is it for a new writer to hob-nob with published authors at conventions?

A: It depends on the writer. The best example for not doing so is James Tiptree, Jr.—a multiple Hugo winner who turned out, years later, to be Alice Sheldon. That said, if you can’t write like James Tiptree—and mighty few people can—it’s always a good idea to meet the editors you want to work with and get to know them and what they’re looking for, and it’s not a bad idea to meet your fellow writers and exchange market information and other things with them. If you’re a dilettante who wants to sell a short story every 18 months, it’s hardly essential; but if you hope to make your living in this field, why would you not want to learn everything about it and meet the people who labor in it?

Q: Are there any conventions still running which offer face-to-face author-to-editor venues, other than WorldCon and World Fantasy?

A: By “face-to-face” I assume you mean in a social venue, and not the kind of “pitch sessions” a number of romance cons have (and which no science fiction con has). DragonCon’s starting to draw a number of publishers, though it still falls far short of WorldCon and World Fantasy Con. One other place with a large number of editors is Nebula weekend, though you probably should be a member of SFWA (Science Fiction Writers of America) to participate.

Q: When you decide to pick a person to be a “Writer Child” how to do you choose? Do people apply for the job?

A: Over the years I have worked closely with a number of newcomers—I collaborate with them to get them into print, I assign them stories for anthologies I’m editing, I introduce them to editors and agents at conventions—and Hugo winner Maureen McHugh has dubbed them “Mike’s Writer Children”, a term that’s stuck.

I don’t hold auditions for Writer Children. Whenever I run across a newcomer whose talent truly impresses me, I offer to help in the ways I just described. Two or three have refused, which is fine—but since 1990, which was when I started doing this, I’ve had 23 Writer Children, and (here comes the brag) 9 of them have been nominated for the Campbell Award, science fiction’s Rookie-of-the-Year award.

As I say, I don’t seek them out. But I’ve edited 42 anthologies, I spent a few years co-editing Jim Baen’s Universe, I’ve taught Clarion, I’ve been a Writers of the Future judge the past few years, and I’m currently editing the Stellar Guild Books and Galaxy’s Edge magazine, and of course I read heavily in the field, so I come across a lot of new writers . . . and about once a year on average, one of them impresses me enough that I offer to “adopt” him or her, by which I mean to help them jump-start their careers.

Q: You have been critical of tie-in novels for Star Wars and Star Trek. Do you think you’ve softened in your opinion over the last two decades?

A: I was never critical in terms of economics, which is to say that a writer has to pay his bills and put food on the table, and I’ve never held it against someone for writing tie-ins or anything else.

That said, my criticism of tie-ins hasn’t changed. I think for the new writer, they militate against his learning his craft. The basic premise of fiction for the past eight centuries is that your characters change and grow from their experiences—but they can’t when you’re writing about unchanging movie or television characters. A science fiction writer must create logical and coherent societies, but not when his audience demands that he doesn’t do so because this would conflict with what he’s novelizing. And so on.

Q: I tend to be conservative in my thinking. How much should I hide my politics in order to avoid being blacklisted?

A: In a field that worships Robert A. Heinlein above all others, you’re worried about not being liberal? You see a lot of left-wing politics in Analog or over in Baen Books, do you?

The question is ludicrous, but here’s a serious answer: no one gets blackballed in this field for any political or religious philosophy. Never have, probably never will.

Q: Do you find it more taxing on your health to be prolific and productive in your 70s?

2012 was an aberration. I never before and never again will have ten books published in a calendar year. That was a function of being the WorldCon Guest of Honor, and had been in preparation with various publishers for a couple of years. But in a typical year, I expect to have three to five books out (including novels, collections and anthologies), eight to ten stories (including novelettes and novellas), and maybe half a dozen articles. There are some things like screenplays that just come out of the blue; you can’t count on them, but they’re too lucrative to say ‘No’ to.

Q: Does winning a major award like the Hugo make a difference when a writer signs book deals?

A: It makes it much easier to sell overseas. If you’re a new writer, if you don’t have any books out yet, then it makes it easier and more lucrative to sell your first book here . . . but once you have some books out, you have a track record—and your advance and your print run will be based on that and not the Hugo.