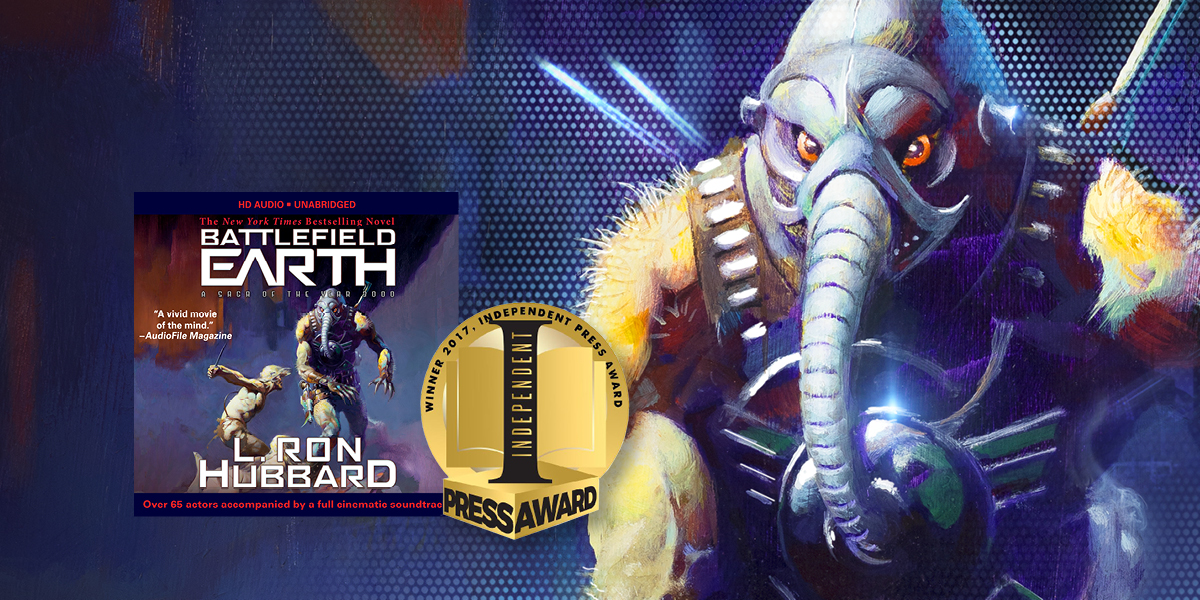 We are very excited to announce that the Battlefield Earth: A Saga of the Year 3000 audiobook was recognized as a winner of the Independent Press Award in the category of “Audiobook Cover Design: Fiction.”  The cover art, painted by legendary Frank Frazetta, was initially commissioned by L. Ron Hubbard as “Man: The Endangered Species,” the working title for Battlefield Earth. 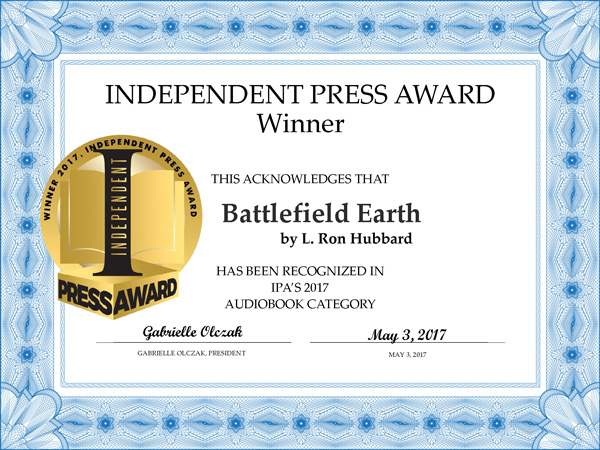 The competition is judged by experts from all aspects of the book industry, including publishers, writers, editors, book cover designers and professional copywriters. They select award Winners and Distinguished Favorites based on overall excellence.

“In 2017, we had worldwide participation, from London to Australia, from Portugal to Hong Kong, and are so proud to announce the winners and favorites in our annual Independent Press Award. Independent publishing is alive and well, and continues to gain traction worldwide,” said awards sponsor Gabrielle Olczak.

For the full list of the winners go to http://www.independentpressaward.com/2017winners.