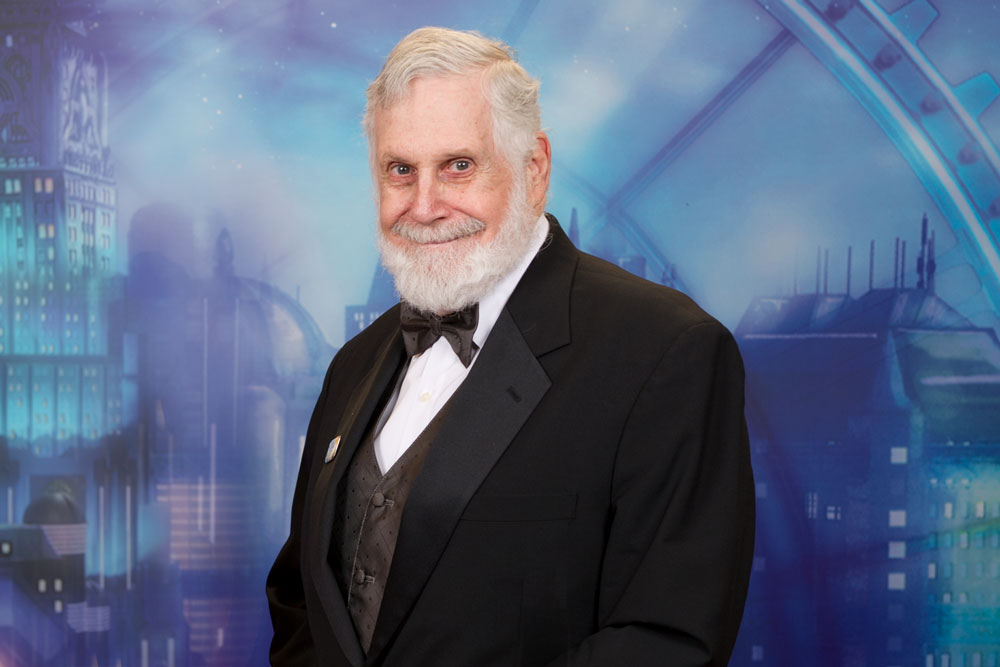 While an Illustrators of the Future judge since 2013, Gary Meyer’s legacy goes back to 1960, when he launched on an artistic career spanning mediums such as painting, illustrating, graphical art, and sculpture. When the Stan Reckless Scholarship was established, he became the first recipient and graduated from the Art Center College of Design, augmenting his studies and skills at the Chouinard Art Institute. This led to him working for Universal Studios as a motion picture production illustrator for many years, until he founded a personal studio in 1972. To this day, he serves as faculty for the Art Center College of Design and 3kicks Fine Art Studio.

Over the decades, his artistic intellect an imagination has kept him working quite tightly with motion pictures in a variety of roles. For instance, as a designer-illustrator, he worked on Star Wars, 2010, Star Trek the Movie, and The Thing. He’s produced movie poster paintings for Jaws 3, Night Crossing, and The Deep, just to name a few, and has over three decades of continued work with Universal Studios as a design consultant, helping create the Back to the Future Ride and Jurassic Park Ride.

Beyond films and rides, Meyer’s award-winning work has also included every major aircraft company in existence, plus notables such as Readers Digest, Random House, Six Flags Parks, Levis, CBS Records, Electra Asylum Records, A&M Records, New West Magazine, Warner Books and too many others to list here. Oh, and did we mention award-winning? That’s right. Meyer is one of only two people to ever receive the honorary title of Master of the College at Art Center, and has been elected by graduating classes to win the Great Teacher Award seventeen times.

Thank you, Gary Meyer, for bringing your unique experience to our panel of illustrative judges!