The Best Audiobooks to Listen to

» 1. The Story Itself is the Foundation of the Best Audiobooks

» 2. Voice Talent: Narrator or Multicast Must be Top Notch

» 4. Sound Quality: Clarity of Sound Can Make or Break a Good Audiobook

» What Do the Actors Say About the Golden Age Audio Project?

Audiobooks are exploding in popularity, with sales more than doubling since 2013. With over 79,000 new audiobooks released just last year, how does one pick the best audiobooks to listen to?

To help you, we researched what audiobook readers have to say when selecting what to listen to and determining the best:

We dug in a little deeper on each point:

1. The Story Itself is the Foundation of the Best Audiobooks 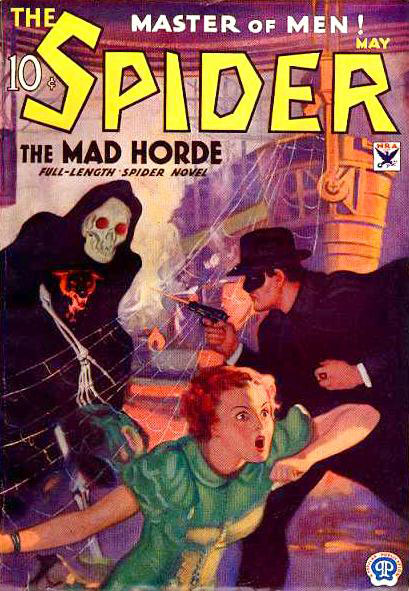 While there are many well-loved book genres, the most wanted is a story that’s unpredictable, riveting and inspiring.

Most readers select books written by the authors they already love and discover new good books to read (and listen to!) by recommendation.

The roots of much of today’s popular fiction stem from the great American pulp fiction era. Take stories like Spiderman which was inspired by Harry Steeger’s The Spider; and Indiana Jones, created by George Lucas in homage to the action heroes of the 1930s.

Authors of the era, like Dashiell Hammett, Edgar Rice Burroughs, George Orwell, Raymond Chandler, Arthur C. Clarke, and L. Ron Hubbard, trailblazed the movement with timeless and memorable characters. L. Ron Hubbard, a giant amongst the pulp magazines, was known for living many of the adventures he wrote about. It was this authenticity that created realistic fiction that readers could relate to.

During this vibrant time of American literature, the pulp magazine stories were circulating to millions of readers each week, while the radio dramas like The Shadow, The Lone Ranger, and War of the Worlds, were listened to in 82 of 100 households.

2. Voice Talent: Narrator or Multicast Must be Top Notch 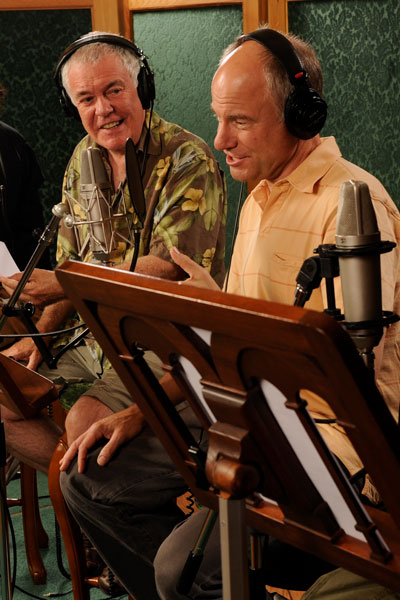 When looking for the best audiobooks, listen to an audio sample to ensure the single narrator or multicast really brings the story to life.

Having the right narrator and/or actors create the theater of the mind experience—putting you right into the story. This IS the magic of audiobooks.

For example, the Golden Age audios were cast like a movie.

And true to the art of radio drama, all the actors in each audiobook were recorded together in the same sound booth to create a level of energy between the actors that can only be otherwise experienced in live theatre. 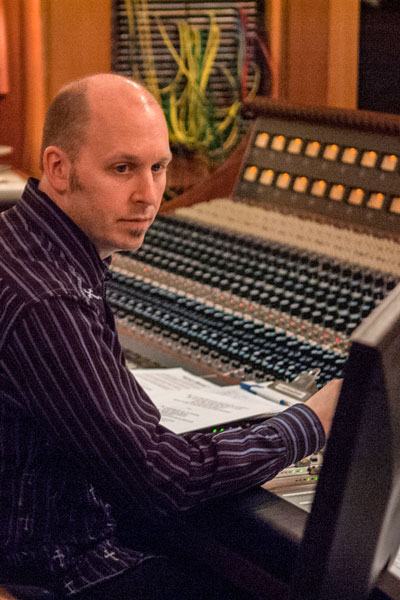 Want to really escape into a story?

Sound effects and music turn storytelling into a “movie of the mind” entertainment.

But not just any sound effects. The Golden Age audios were brought to life in the style of radio drama, but created using state-of-the-art sound and music engineering found in the movie industry.

This is High-Definition (HD) audio or cinematic audio.

Brian Vibberts, a six-time Grammy award-winning audio engineer brought a unique sound to each story, stating, “From western, mystery, sea adventure, air adventure—the music is so different between them that it really makes it fun to work on and fun to mix.”

Paul Wertheimer, a leading sound mixer in the movie industry, brought the sound effects together in a way that put the listener literally IN the story. Paul describes the considerable detail that went into creating the soundscapes that transformed these audiobooks into movies of the mind, “For instance, when we go into a jungle there are sounds of various insects and birds. There could be a stream. There could be a waterfall and as we are going through these areas, sometimes the waterfall is on our left, on our right, and we try to depict that by panning back and forth.

“If we are on a highway and there is a car coming towards us—and we hear them go by. There might be some horns honking, there could be sirens and all these various sounds, although by themselves are small, together make a bigger picture that we need for these books.”

4. Sound Quality: Clarity of Sound Can Make or Break a Good Audiobook

The audiobook industry has worked to perfect the technology for decades, starting with books on tape, then books on CD and now you can download an audiobook right onto your smartphone with music quality.

In fact, when the Golden Age audios first released, download technology did not have the capacity for these recordings (the files were simply too big), and the range of voice and music were lost.

With the sound quality advances today, you can find these cinematic HD quality audiobooks on Audible, iTunes, Downpour, Audiobooks.com, Kobobooks, and your local library (through Hoopla and Overdrive).

What happens when you combine great storytelling, an award-winning cast, movie quality sound and music with high definition sound technology?

The most sophisticated cinematic audio dramas on the market today.

Here is a short video on how they were put together:

Hear the difference for yourself by listening to this clip of “Yellow Loot”, an adventure set against the Chang Tombs and Great Wall of China. 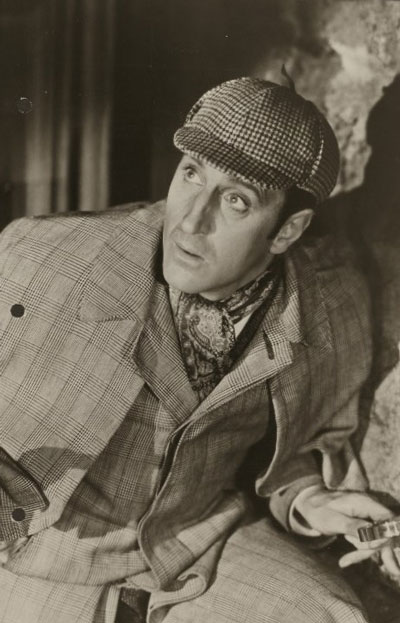 Though audiobooks are fairly recent, the history of storytelling predates the printed book by centuries.

Exactly when storytelling began is debatable, but it is safe to say that it was long before recorded history. There is evidence of cavemen drawings dating back to prehistoric times and the Egyptian hieroglyphics going back thousands of years. Oral stories have been passed between generations in many cultures to preserve their history and legends.

The first written story to be discovered on clay tablets is the Epic of Gilgamesh, a mythologized account of Gilgamesh, a ruler of Uruk, believed to have ruled sometime between 2700-2500 BC.

The Science Nordic recently released an article about the one of earliest known fiction works from the 1170s by Chrétien de Troyes about King Arthur and the Knights of the Round Table.

But the novel credited as “the first novel” by many literary scholars is Miguel de Cervantes’s Don Quixote published in the 1600s.

Storytelling further evolved with theater. During the Renaissance, authors like William Shakespeare popularized this art form with several works that are still entertaining people today.

In the 1800s, with the invention of the phonograph by Thomas Edison, the first recordings of stories were made with the primary intention of assisting the blind.

In the early 1900s, radio theater was reaching millions of listeners every week. Literally, 82 out of 100 homes were gathering around the radio to hear shows like Walter B. Gibson’s The Shadow, H. G. Wells’ The War of the Worlds and Sir Arthur Conan Doyle’s The New Adventures of Sherlock Holmes, which featured both original stories and episodes directly adapted from their work.

Concurrently, while audiobook recording equipment was evolving, the focus for the recordings continued to be on bringing both non-fiction and fiction works to the blind (including veterans injured during the war), with the main drivers being institutions like the Library of Congress Books for the Adult Blind Project.

It was not until the 1980’s with the commercializing of cassettes, that book retailers started to push audiobooks. These talking books, or books on tape, brought popular novels to this exciting new format. In fact, in 1986 the Audio Publishers Association was born and by 1996 the term “audiobook” became the standard term for talking books, books on tape and books on CD.

The popularity of audiobooks has exploded with the technology advances in mobile. Book lovers can enjoy audiobooks while doing other things, wherever they are, listening through their smartphone (which is with them all the time). It is this advance that has most significantly impacted the audiobook industry.

Here is what audiobook readers have to say about these audio dramas:

What Do the Actors Say About the Golden Age Audio Project? 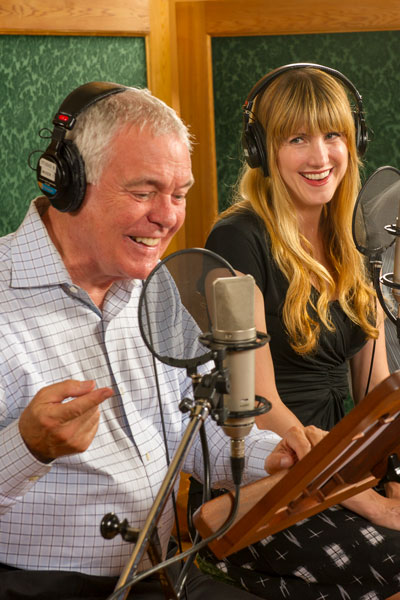 “There is complete sound effects and musical composition, so you really get the full experience of being in the middle of the story except you get to create the imagery.

“You get a very clear picture when you listen to it. It’s like you have a picture, a movie running in your head. We’re just providing a very full soundtrack.

“In this day and age when we’re watching big blockbuster films like Indiana Jones and The Mummy and the Pirates of the Caribbean and all these great adventure films, it is a very straight line back to the stories from the pulp fiction era.

“The detail is so remarkable. You realize, I bet he [L. Ron Hubbard] flew one of these planes. He knows what has to be pulled so that the escape hatch goes or what the engine sounds like. It really puts you in the action because he experienced it.”—Jim Meskimen, director and actor

“The content and the characters are powerful and they grab you and they pull you in.”—Corey Burton, voice actor (Ludwig von Drake, Captain Hook)

“His [L. Ron Hubbard’s] language, his eye for detail and the minutia of the worlds that he creates makes everything a rich experience that teaches you something at the same time that you are being thrilled by it.

“When I heard the finished work, I was blown away. I was enormously impressed at all of the cinematic audio techniques that were used to create this movie in the mind.” —Phil Proctor, actor (co-founder The Firesign Theatre, Charlie in Monsters, Inc.)

Ready to hear one for yourself? Experience the best audiobooks on the market. Select your next audiobook adventure here.

Other articles that may be of interest:

How 1 Director and 66 Hollywood Actors Solved Your Summer Reading