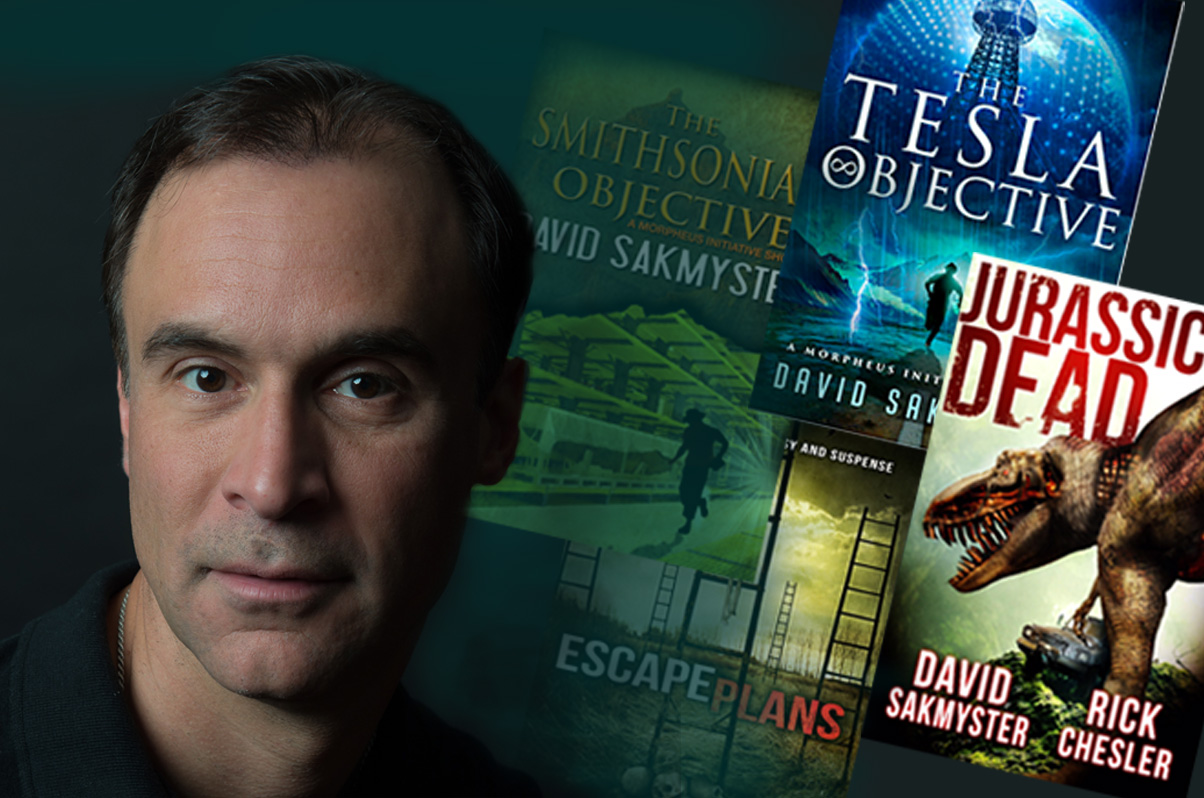 Focus on David Sakmyster, Writers of the Future Volume 22 Winner

Take a good conspiracy theory and some intriguing historical research, add in a shot of psychological horror (can we call it tension?) and anything psychic, supernatural, paranormal, or just plain freaky … mix it up … make a few hundred interesting things happen … dump it into a manuscript, and you’ve got yourself a David Sakmyster novel.

“I’ve always been drawn to conspiracy theories to explain some of the stranger-than-fiction events of our time,” he said in a recent interview. “The possibility that, for example, serial killers, lone shooters, and assassins may be products of purposeful design, rather than random genetics, is fascinating.”

Can you see why his work has been described as Indiana Jones meets the X-Files? 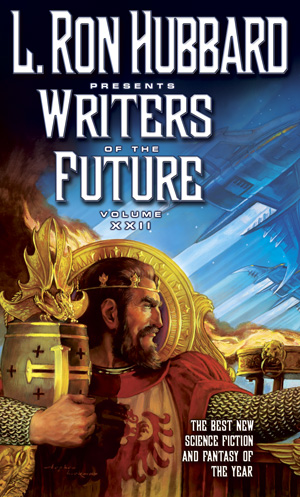 Writers of the Future Volume 22

For followers of the annual Writers of the Future anthology, this doesn’t come as particularly stunning news. His ghost story, “The Red Envelope,” won second prize in the 2005 version writers’ contest. Clearly, he’s been busy ever since, publishing four stand-alone novels, a five-book series (Morpheus Initiative, put out in omnibus last year), and four more books in collaboration with others (The Jurassic Dead series with Rick Chester, and Lazarus Initiative, with Steve Savile). Not to mention numerous short stories and novellas. His screenplay, Nightwatchers, has been optioned for production. 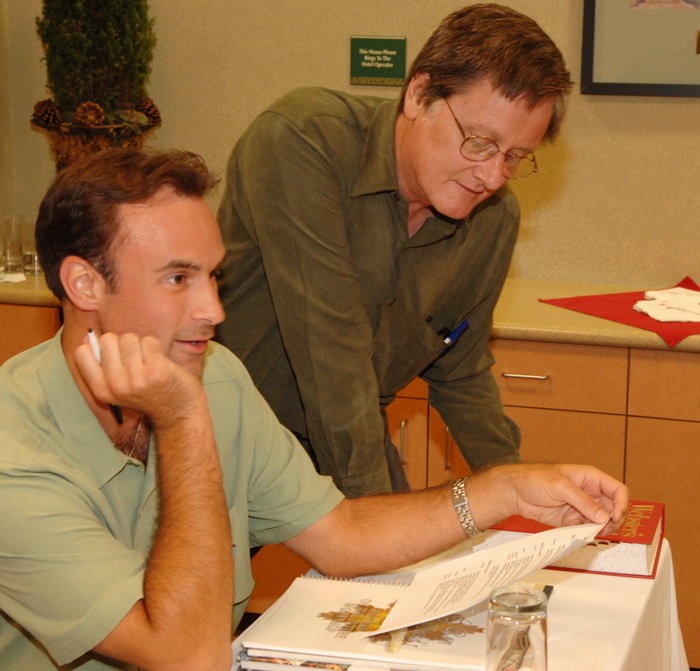 David with Tim Powers at the Writers Workshop

“Much of my success came from the contacts I made during that week,” David said when I asked him about his thoughts on the contest. “The lessons I learned from Tim Powers, Kevin J. Anderson, and many other guest lecturers, and also very importantly, from the advice of past winners were important. I’ve kept in close contact with several past winners. We’ve gone on to co-write books and give each other blurbs and support, share readers and reviewers, and of course continue to share advice on what works in this crazy business.”

On the process side, he’s a guy who outlines diligently “I spend more time plotting than writing,” he says, but then usually finds the final story looks nothing like the outline—it’s important to take unexpected paths, he says. Go figure, right?

On the personal side, he currently lives in Rochester, NY, likes to play tennis, and has a twelve-year-old daughter, Isabella, who was only 4 months old when David went to the workshop, but who is now “an energetic and delightfully brilliant middle-schooler who loves to watch science fiction and horror shows with her old man.” She’s also a reader who may someday be a writer, too (“One can only hope,” David says). Seeing that David’s own dad got him started in the field by reading him stories from Edgar Allen Poe, one suspects this may be an acorn that doesn’t fall too far from the tree.

“I’ve had three different day jobs since 2005, but never strayed far from the writing world, which has been my first love all along,” David said. “Four different publishers, an agent that’s come and gone (the same with a Hollywood manager), then some more focus and success with the self-publishing and marketing route… It’s been an interesting ride, to say the least!” 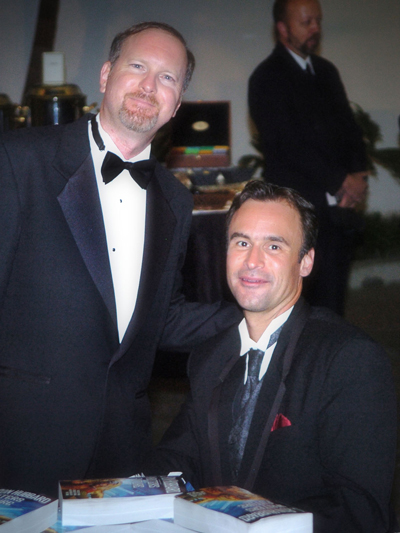 Kevin J. Anderson with David at the Writers of the Future Awards Ceremony

“I owe a lot to Kevin J. Anderson. In addition to working with his Wordfire Press, his mantra during that week’s lessons, how when approached with a request for a story or to help with something, we should just say: ‘I can do that!’ It’s worked well for me, introducing me to new people and ideas; I’ve found myself venturing into places I didn’t think I’d be good at—like screenwriting. Shortly after that celebration, a fellow winner (Judith Tabron, I’m talking about you) suggested I try writing a screenplay, and I thought heck, why not adapt ‘The Red Envelope’ as a test case? Did it, loved it, and while I’m still shopping that one around, I went on to adapt other stories and create some new ones—including the aforementioned optioned script, which I hope to be able to announce soon.”

In other interviews, David has ruminated about the time that’s passed since his time at the workshop. “I’m surprised I’ve been at it this long.” At its core, it’s clear that his success has been a result of David’s flexibility and persistence, his ability to deal with changes in the publishing world and stick to his art. He’s a guy willing to do the work, and who loves the opportunity to work with people—an opportunity being a prizewinner so clearly provided to him.

“It was an amazing experience,” David said. “I will forever be grateful to L. Ron Hubbard and all the great people at Galaxy Press. Hopefully, this career still has a long way to go.”

Before There Were White Trash Zombies
Scroll to top