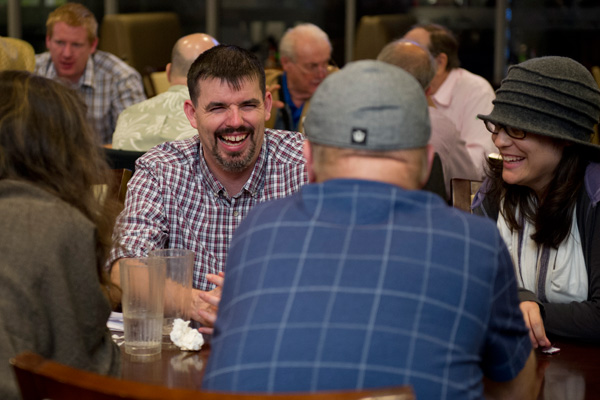 Today I wanted to spotlight one of the first place stories in our latest Writers of the Future anthology—an amusing fantasy story about a pet “death god”—by author Daniel J. Davis.

The story, of course, isn’t about a real death god, but is inspired by Daniel’s pet dog. Here is how Daniel explains it:

Authors Samantha Murray and Daniel watching the book come off the press at Bang Printing in Valencia, California

“The central character, the death god Zu’ar, is based on my Chihuahua mix. Like Zu’ar, he’s a rescue with occasional attitude problems. We’ve adopted another rescue since, and most of our friends have adopted rescues. Rescues are wonderful. But it takes commitment and work to provide them with a loving home. I wanted to find a way to express that, while still pursuing my main goal of making the reader laugh.”

It isn’t easy writing humor, as Daniel can tell you. “Humor is hard. Coordinating judge David Farland says a lot of new writers try to force it into the story by having burly men and dwarves raise frothy mugs of ale and laugh heartily. I just took an absurd situation and played it straight.

“It’s not the only way to get humor into a story. But if you’re trying to win Writers of the Future with a humor piece, it’s definitely one way.

“Also, despite my graphic depictions of mutilated birds and chipmunks, I do not endorse cruelty to animals.” 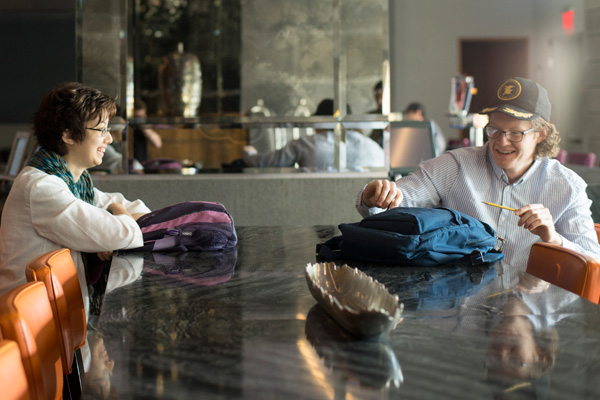 Teaming up with Daniel is Illustrators of the Future Contest winner Alex Brock. Alex is an art student attending his last semester at the University of Arizona. He loves all things fantasy and creepy which made him a perfect match for “The God Whisperer.” With his work, he strives to bring things that don’t exist in our world into reality. In his illustration for the story, Alex successfully captured not only Zu’ar’s attitude but also the wry humor of the story.

Tomorrow is International Star Wars Day and it is also the official release of Writers of the Future Volume 31. So, to Daniel and Alex and all the winning writers and illustrators in this latest anthology published by Galaxy Press,

MAY THE 4th BE WITH YOU.

Available Everywhere — Writers of the Future Volume 31
Scroll to top