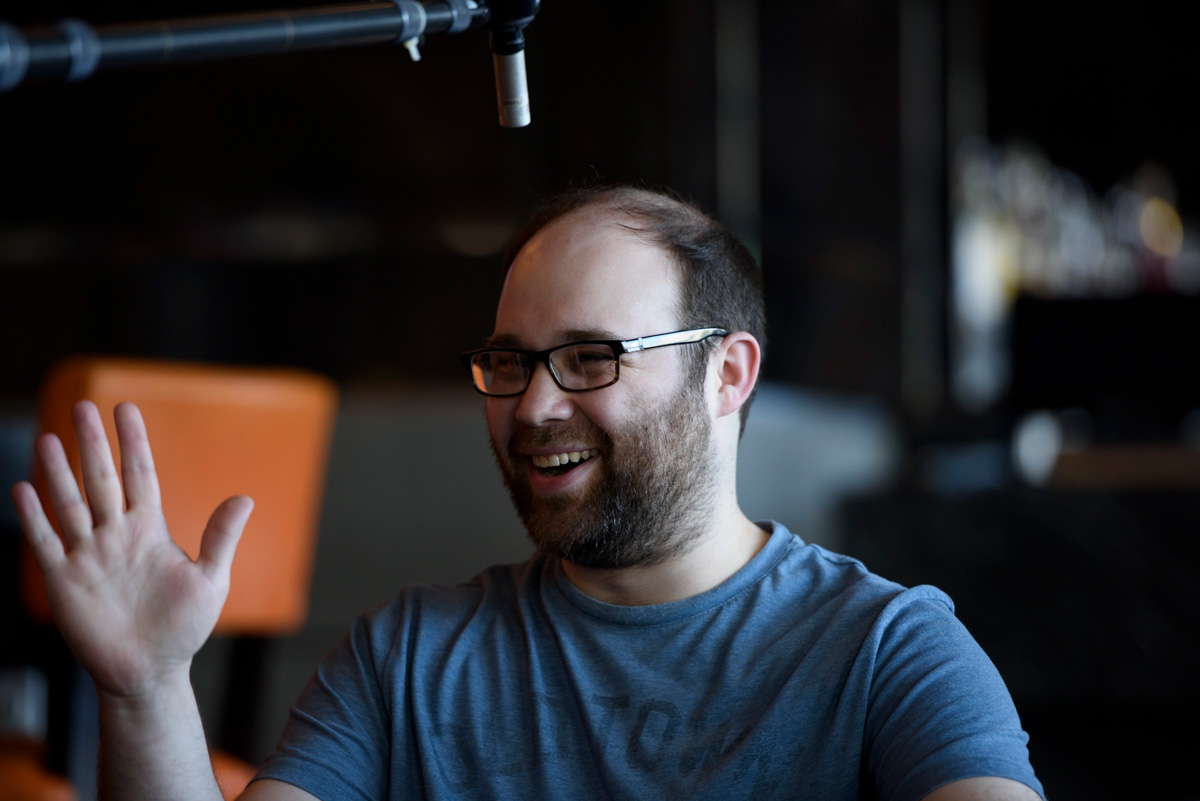 “I am British, you know?” Anton Rose quips at one point of the week long workshop. He’s explaining a penchant he has for a particular personality trait, and the line is given with the inflection that it must be given in. The group laughs, of course.

Anton lives in Durham, England. A place up toward the north. He’s planning to move soon, though. Today his connections in the creative world of SF and Fantasy are generally online. When he moves he’s hoping for a little more support from people he can sit down and have conversations with.

That’s something he tells me he likes about the week here. It’s not often he can just talk to like-minded people. They do, however, enjoy the fact that Anton’s British.

His fiction, however, is not particularly British so much as it is delicate.

For his piece in the 33rd Annual Writers of the Future anthology, Anton contributed “A Glowing Heart,” which is a fine piece of fantasy that touches on family dynamics, ethics, and love of the world around you. It’s someplace on the literary spectrum, more cerebral than action, more exploratory than expository.

Anton has a degree in theology and he’s spent time tutoring others in the field. When you speak with him he listens intently. He and his wife are rumored to have what is called a “very fluffy dog.” Putting all the puzzle pieces together, I suppose it’s not shocking that his fiction has this kind of power in its underpinnings.

Shocking or not, “A Glowing Heart” is a story with imagery that stayed with me for days afterward, and is, in fact, coming back to me as I type this. It’s the kind of story I absolutely adore.

It’s the kind of story I deeply hope is the harbinger of more.

Ville Meriläinen, author of “The Fox, the Wolf, and the Dove”

Stephen Lawson, author of “Moonlight One”
Scroll to top